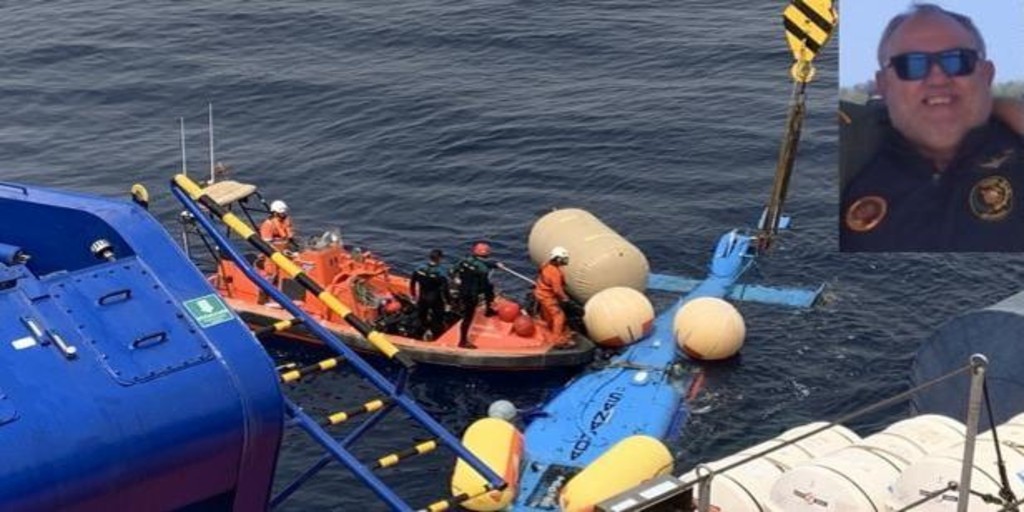 The family of the observer from the Customs Surveillance Service (SVA) José Luis Domínguez Iborra, who lost his life on the night of July 11 last when the helicopter he was working on fell into the sea off the coast of Sotogrande (Cádiz). a pursuit of a sailboat suspected of drug trafficking, has asked the San Roque court in charge of the case to declare the pilot of the aircraft, AO, under investigation, whom they believe responsible for a crime of serious recklessness that would have caused the tragedy. AO, as aircraft commander, was responsible for flight safety.

The family also does not rule out taking other legal action: against the company awarded the operation of the fleet,

Eliance, and against the Tax Agency itself, on which that service depends. For relatives of Domínguez Iborra there was “inexcusable negligence” by the pilot, a professional who, they say, took too many risks in operations. According to those close to the victim, this circumstance was “fully known” by the aforementioned company and the administration itself, as well as by co-workers and airline operators.

An official, already retired, who until a few months ago did the same job as Domínguez Iborra, assures ABC that “on some occasion I myself told him that I had no idea about flying, that I wanted to appear to be a ‘superpilot’; I also warned him that if something happened to me, my family had instructions to take legal action against him». This source adds that he “liked the leading role, and even recorded the persecutions with his mobile to post the images on the internet. On some occasion, he spread those images on WhatsApp even before the helicopter arrived at his base.

mobile phones on board

“Due to this situation – adds the same source – those responsible for Customs issued an instruction by which it was prohibited to bring on board other mobiles that were not strictly the officers of the Customs officials who were on board.” Always according to these media consulted by ABC, that rule is still in force but is not respected; On the day of the event, the pilot lost his plane in the accident.

According to this testimony, the deceased official also warned his superiors about how to pilot AO and the advisability of removing him from service because one day there could be a tragedy. Likewise, the companions of the pilot of the damaged helicopter alerted those responsible for the SVA that “he risked too much and some were relieved of their activity for exposing it». These sources explain that the administration has a clause by which it can require the winning company to replace any pilot without having to justify the reasons.

Regarding the accident, the family is clear that it was due to a reckless maneuver by AO, “which descended at too fast a rate and could not stabilize the aircraft. At that moment the tail touched the water. But it intends to go further. According to the sources consulted, Eliance did not have the mandatory operations manual, in which what must be done in each circumstance must be collected, because in aviation nothing is left to chance: «There are procedures for everything, but Eliance I did not have that manual, at least not complete; they used those of the previous successful bidder, Backock, and it is now that the chief of the Customs pilots is doing it, or has already done so. The Customs Surveillance Logistics Subdirectorate should have demanded it.

In fact, this operations manual is one of the requirements of the specifications for the award of the contract for the maintenance and operation of the fleet. Nor does the family understand that the contract was given to a company “that has had significant problems with other administrations.”

The family, in their request for proceedings, has provided the court with Eliance’s operations manual, which would be incomplete due to the lack of the ‘Instructions and Information of Areas of Operations and Tasks’ and the ‘Training’ part; also the occupational risk prevention information sheet of the SVA, of April 2021, which reads: “Survival courses at sea must have been passed for air operators, updating at least every three years”, something that did not happen in the case of Domínguez Iborra. After the incident, they are already done.

As for the damaged aircraft, the family explains that it has three doors, the second of which is impossible for the observer to access, who must exit through the third, since he is sitting next to it, it is sliding and has an opening system both inside and out. outside. “As this helicopter does not have the emergency framing lighting system – he explains – when the helicopter falls at night and overturns, filling the cabin with water, the observer becomes disoriented and does not see the exit doors as it is all dark”. What is learned in survival practices is, precisely, to get out of the apparatus in those conditions. “Even after training, it’s not easy to achieve, but it becomes impossible if it hasn’t been done before.”

Eliance sources consulted by ABC assure that «All activities related to the Customs Surveillance operation have been controlled from the outset applying the strictest security standards. The accident, according to our internal investigation, was in no case due to technical problems with the aircraft or human error of any kind during the flight. In addition, it defends both the safety of the aircraft and the skill of its pilots. Now, if there was no human or technical error, it is difficult to explain the incident.

The family’s lawyer has asked the judge to request a series of reports and documentation from Eliance, Customs Surveillance and the Spanish Aviation Safety Agency (AESA), which must guarantee compliance in this matter by the SVA fleet. Its Flight Safety 6 office, at the Cuatrovientos aerodrome, monitors the maintenance of the helicopters that Eliance does and the suitability of the facilities to do this work.