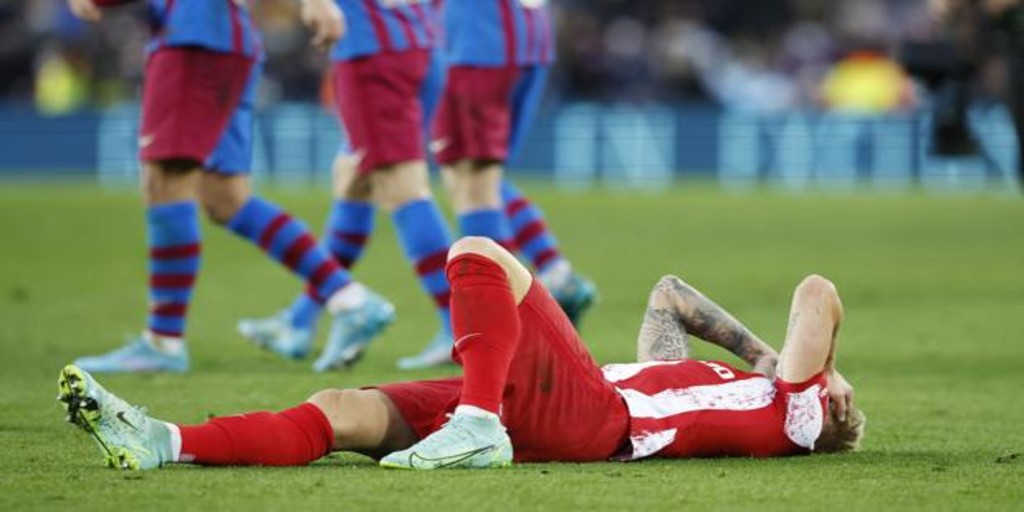 Wass was serious: “Grade II sprain in the internal lateral ligament of the knee”

the debut of Daniel Wass As a new Atlético de Madrid player, it couldn’t have been worse. Defeat of the rojiblancos at the Camp Nou, a serious injury to the winger and controversy over the images of an unleashed Diego Pablo Simeone asking his footballer to return to the pitch while he was being treated by doctors.

As reported by the rojiblanco club in an official note, his signing suffered a sprain of ligaments in his right knee, with which could be off for at least a month.

Wass underwent several medical tests on Monday, which have shown that “he suffers a grade II sprain of the internal lateral ligament of his right knee.” Although Atlético does not specify the time off, limiting itself to stating that Wass “is pending evolution.”

Daniel Wass suffers a grade II sprain of the internal lateral ligament of his right knee. The Danish footballer is pending evolution.

The winger was injured in added time of the league match against Barcelona on Sunday, played at the Camp Nou and in which Atlético lost by an incontestable 4-2, also offering an image far removed from that of the rocky and ultra-competitive team which was in other seasons.

The Danish player, who arrived at Atlético from Valencia in this winter market to replace the departure of Englishman Kieran Trippier, was the victim of a hard tackle from Ferran Torres.

Wass’ injury is bad news for Atlético two weeks before facing Manchester United on February 23 in Madrid in the first leg of the Champions League round of 16, a match for which it seems difficult for the Dane to be.

The image shown by the coach of Atlético de Madrid, ‘Cholo’ Simeone, was also very negative, vehemently asking his footballer not to complain and to return to the pitch as soon as possible, without even asking the doctors who treated him. they cared for their condition.