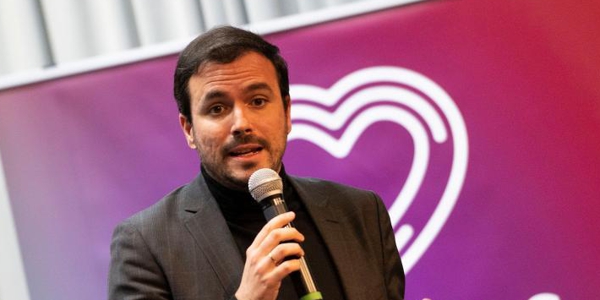 European funds are an opportunity to recover and transform Spain. For this the government The recovery plan was drawn up and little by little the ministries are issuing their calls, also through the autonomous communities. However, among the departments related to the economic field, the passivity shown by one in particular stands out: the Consumption of Alberto Garzon.

The Executive gathers in a portal created ‘ex profeso’ for the recovery plan the calls that it publishes. Since the start-up of the projects last year to date, more than 500 tender procedures and aid/subsidies have already been taken out. These calls are in different phases: open, closed

or scheduled to open “soon”.

A few days ago the Government published its calendar of calls for the first semester of 2022. There are more than 260 projects with which La Moncloa wants to mobilize 24,667 million euros in just six months.

Adding the calls already submitted and those on the calendar result more than 800 projects linked to the European Next Generation funds from the beginning of 2021 until June 2022. Well, while some departments are having a very abundant participation, others stand out on the contrary. The Ministry of Consumption has not presented any call nor does it plan to do so in the first half of the year. Garzón’s plans for community money, at the moment, are conspicuous by their absence.

Beyond this, the Ministries of Foreign Affairs and the Interior, for example, have neither presented nor are they on the project calendar. Although in his case it is not as striking as it is not economic departments, as it is Consumption.

In the calendar made public by La Moncloa there are several ministries that do not have any plans in place for this semester, such as those of the Presidency and Relations with the Courts, Interior and Foreign Affairs. But, again, those linked to the economy draw attention.

The departments of Consumption (Alberto Garzón), Finance (María Jesús Montero) and Work (Yolanda Díaz) do not have any calls scheduled for this semester, although only the first of them comes from not presenting any ideas in 2021 either.

The Treasury yes, it has presented calls linked to European funds last year. Specifically, seven, although not directly. It has done so through and for public companies such as Tragsa, and also for the State Mercantile Society for Property Management (Segipsa). Calls that are already closed, as stated in the recovery plan portal.

The Ministry of Labor, for its part, in 2021 it has issued calls, for example, linked to the State Public Employment Service (SEPE). And for this first semester of 2022, nothing at all.

Even so, in number, due to its high number, there is a department that stands out above all of them. It is the one for Economic Affairs and Digital Transformation, led by the first vice president Nadia Calvin. This ministry has almost 90 call forecasts to its credit, although part of them will be executed through the autonomous communities.

The truth is that the Government tried to calm the criticism about the opacity in the management of the funds a few weeks ago, transmitting a mountain of figures on the channeling of money. Although of real execution, of funds that have effectively reached the companies, nothing at all.

Government sources acknowledged that the actual execution figures are not in their possession: “We do not have the process data,” they said. As published by ABC a few weeks ago, the amount would amount to between 1,300 and 1,500 million, less than 7% of the money that the Executive had authorized at the end of 2021. Thus, the traceability of the funds is lost in the 5,273 million in closed calls that the Government says that there is already; closed means that they are adjudicated or in the adjudication phase, but it is far from equivalent to real execution. The Government, thus, promised to reveal the data as soon as it was available, and there is still no news.