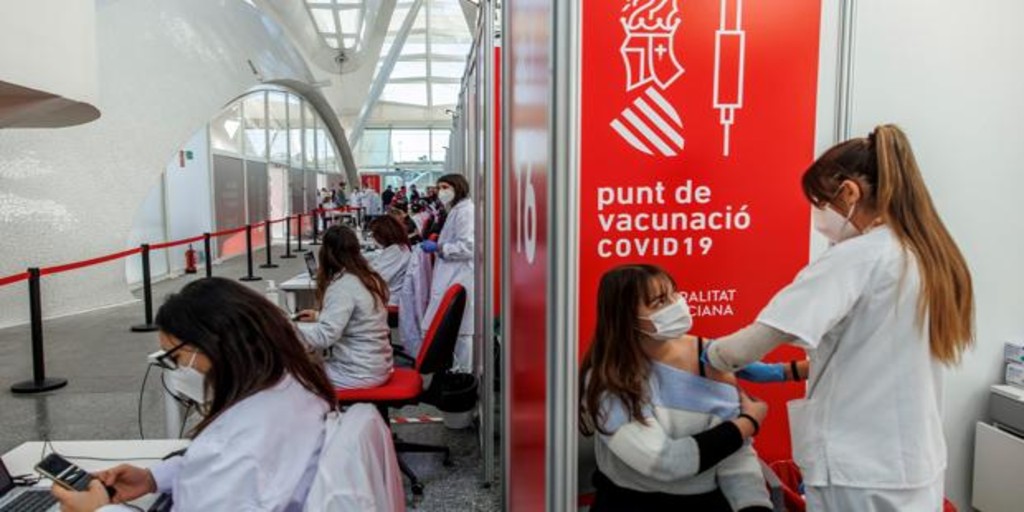 Third dose against the coronavirus: when does the vaccination of those over twenty years of age begin in Valencia

The return of the vaccination center of the City of Arts and Sciences of Valencia has managed to accelerate the immunization campaign against the coronavirus. In fact, next week the inoculation of the booster dose will begin in people aged between twenty and 29 years, who received the second puncture in August and September of last year.

According to the latest data offered in this regard by the Department of Health, more than 2.1 million of people have already received the booster dose against Covid-19 In the Valencian community. A figure that for the president of the Generalitat, Ximo Puig, shows that vaccination “is the great asset to end the pandemic that is still among us.”

Thus, the roadmap of the health departments of the city of Valencia that derive the immunization to the vaccinology of the Príncipe Felipe Museum, will culminate as of next Monday the administration to the age group between 30-39 years and start with the twenty-somethings progressively and following the established order of priority.

It should be remembered that the interval between the last dose of the complete regimen and the reinforcement injection will be at five months, after the Ministry of Health has reduced this previously established period of time by one semester. In this way, the third dose vaccination campaign could reach all the expected age groups before the end of February.

In accordance with the regulations approved by the Ministry of Health, people who have been infected with coronavirus in the last five months may be vaccinated when they have spent at least four weeks, as long as they are fully recovered and have finished the period of isolation.

However, the health recommendation goes through wait another five months after diagnosis of infection. A situation that has generated some controversy when updating the covid passport in the Valencian Community, extended until next February 28.

In this regard, the European Commission extended to nine months the validity of the vaccination certificate without having received the booster dose. However, these people who have suffered from the disease in recent weeks and wait the five months that Health recommends for the third puncture, could see their covid passport expire when traveling for the rest of Europe.

On the other hand, 65% of the schoolchildren of the Valencian Community between the ages of five and eleven – a percentage that is ten points higher than the average for Spain – has already received the first dose of the vaccine against coronavirus. In addition, 75% coverage has been exceeded in the age groups of nine, ten and eleven years.

Likewise, the second dose of the vaccine against Covid-19 will be administered to the nine to eleven year old students, as well as the Special Education, in educational centers from next February 10. Minors must be accompanied by a family member or authorized adult.