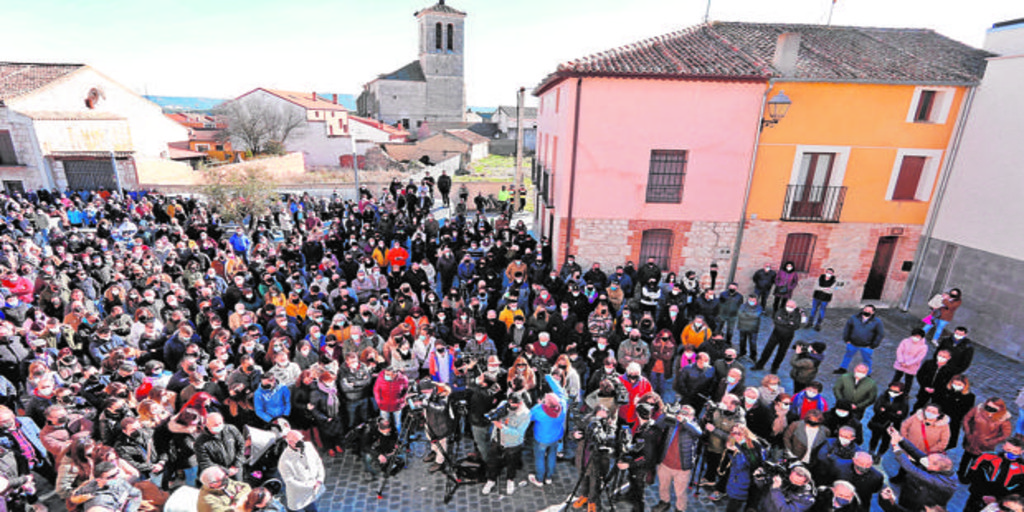 The hypotheses about the death of Esther López: from “violent” causes to cardiac arrest

On Sunday morning, the town of Traspinedo gathered in its Plaza Mayor. Esther López de la Rosa had been dead for just 24 hours, although it would have taken 24 days for her to appear. The civil guards were still making sure that no one passed through the section of road next to which the body was sighted the day before, so on the alternative road to reach the town from Valladolid, a trail of whitish dust could be seen. An almost constant convoy of cars passed through it. The investigation, still open, wrapped in summary secrecy and with many unknowns, continued in parallel to the duel, in the absence of the results of the autopsy or arrests, without new official statements by the operation.

The Government delegate against Gender Violence, Victoria Rosell, did speak. Specific, announced in a tweet that the death of the 35-year-old woman was “violent”. “I want to express my condolences and support to his family and loved ones, and ask for respect for them and for the investigation,” he added in the message itself, on his personal account of the social network. “We must avoid speculations and reactions that can cause more damage,” he added.

In that line, the leader of the PSOE in Castilla y León, Luis Tudanca, who was among the politicians who conveyed their condolences in public, went on to identify the death with a “macho murder” and assured that there will not be a “completely free” society, as long as there is a woman with fear. The President of the Government, Pedro Sánchez, declared himself “moved” in the same electoral act in León and pointed out that feminism is not “confrontation and rupture”, but rather “equality” and “a cause of human rights”, as he cited that former president José Luis Rodríguez Zapatero had described. He assured that work is being done so that death “does not go unpunished” and the authors “end up where they have to end up,” says Ical.

However, the deceased could also have appeared without “external signs of violence” and instead, “with the coat and with all the clothes on,” according to El Norte de Castilla. This newspaper published that hypotheses such as those of an accidental fall, disorientation or cardiac arrest were not ruled out, since “the land around the body did not show traces of a raid”, although “the entire environment has been thoroughly searched” .

Regarding that last idea, Sources from the Government Delegation reiterated this Sunday that the place where the body was found was “within the radius” of the raids. and the search operation, which was extended both to the north and to the south of the Duero as the days went by. It should be remembered that the location where a passer-by located her is about 800 meters from the intersection where she lost track, and that is why Colonel Miguel Recio already admitted on Saturday that it was “very unlikely, although not impossible.” that the deceased would not have been detected if she had remained there from the beginning.

No arrests at this time, throughout the investigations there has been a single detainee, now on provisional release, in addition to several interrogated, among whom at least one more investigated was identified.

Meanwhile, back in the old town, Hundreds attended the five minutes of silence as a sign of respect for Esther, as well as the massive applause in support of the family, part of the simple act scheduled after an extraordinary plenary session decreed three days of official mourning. After more than three weeks of searching, the increasingly remote illusion of finding her alive had dissipated. “The news was known right away,” says one of the neighbors, “but until then, there had always been a little hope,” he acknowledged.

At noon, the City Council had pinned a crepe on the poster with his face, and the bouquet of roses that was placed the day before started a small commemorative altar with candles. “The atmosphere is one of uncertainty, of general sadness,” commented one of the councilors at the end. The neighbors, shocked by the development of events, mostly chose to accompany those close to them in silence.

“You come to what you can, to be there,” sums up Juanjo. Born in the municipality, he moved to the ‘brother’ town of Santibáñez when he married his wife Rosa. Like many fathers and mothers, he especially empathizes with Esther’s. He keeps thinking that they have two daughters of similar ages. “I put myself in his place and I get a lump in my throat,” he admits.

In addition, the mayor, Javier Fernández, once again called for calm in fear that someone wants to “take justice into their own hands.” “The climate in the town is not violent, but there are neighbors going to testify,” he recalled. “It is important that no one gets ahead, we still do not know if there is a culprit and who it is,” he told ABC.