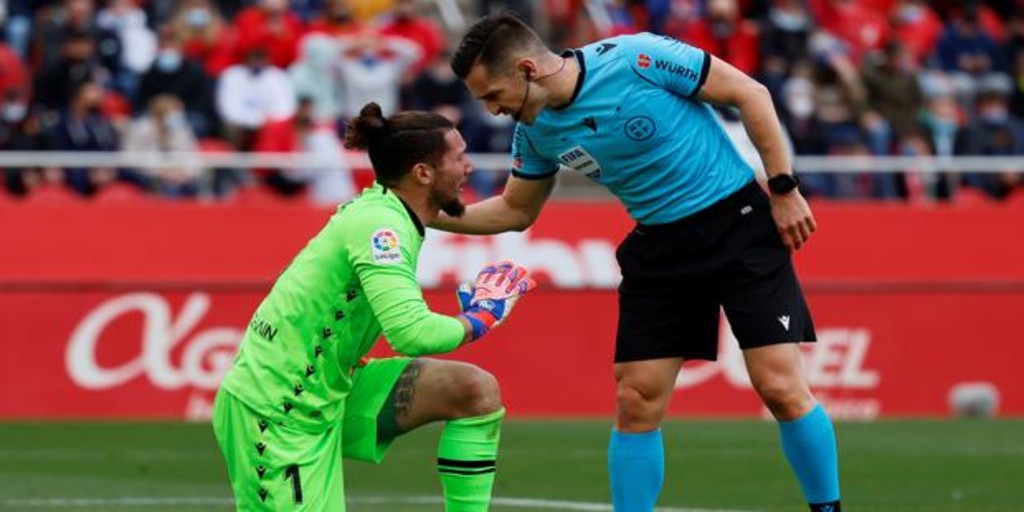 The duel between Mallorca and Cádiz was decided for the locals (2-1) after a penalty committed by the Cadiz goalkeeper, Ledesma, about the Balearic player Ángel. The action occurred around the 60th minute, when the goalkeeper came out to clear a center from the Mallorcans with his fists.

After the jump, and looking up, in the direction the ball was coming from, he hit with one of his knees in the midfielder’s face. Del Cerro Grande, the referee in charge of the duel, went to VAR to see the action and awarded a penalty, which was scored by Muriqui.

After the duel, the president of Cádiz, Manuel Vizcaino, has issued an open letter on the team’s networks entitled ‘Luis, fix the VAR issue’.

The president has been very critical and has asked for “equal criteria for all” and “respect” for Cádiz.

It has also gone further and has asked Rubiales to fix it “urgently so as not to be the laughing stock of a football that is supposed to be elite” for “the good of football and your management at the head of the RFEF”.