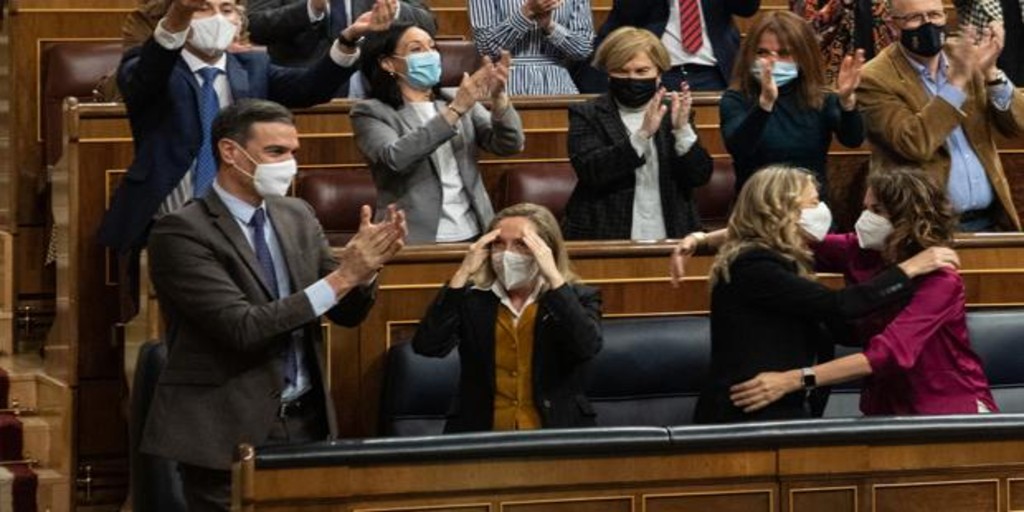 Splendor of the Regime of 78

The approval of the cynically called ‘labor reform’ can be considered without exaggeration one of the most brilliant operations of the Regime of 78. We have, first of all, the state party working (as it has always done) against the interests of the workers. and magically making them believe otherwise; in this case, specifically, promoting a mess to the dictate of Brussels that consolidates all the damage of previous ‘reforms’: cheaper dismissal and suppression of processing wages, general prevalence of the company agreement, unilateral modification by the company contractual conditions in cases of crisis, etc. We have, backing the bodrio, the unions and the systemic press, which in exchange for singing the praises

of the ‘reform’ double the hose of millions charged to the taxpayer. And we have, of course, the right (the useful fool of the Regime of ’78) staging a grotesque opposition to the aforementioned ‘reform’, as befits the plutocracy, so that the cretinized masses do not perceive that they are actually consolidating the wreckage of previous ‘reforms’. And while the right, true to its role as a useful fool, kicked around, characters as closely linked to the workers’ struggle as Fátima Báñez, José María Aznar or the bankers unequivocally praised the ‘reform’. They praised her so much that, in the end, some members of the state party had to stage a breakup, leaving Yolandísima with her ass in the air and without a ‘story’ to offer in her dream of the electoral milkmaid. In this way, Dr. Sánchez was able to make a pact (that is, obtain support in exchange for unte) with residual and regional right-wing parties, appearing as the leader of a party that represents centrality; the only and authentic party of State consecrated by the Regime of 78 at the service of those who rule, the party created -like Tolkien’s Evil Ring- to govern us all, to attract us and tie us to the darkness of the Regime of 78.

That Regime of ’78 is so proud of its invulnerability that it has even allowed itself to ridicule the panolis who still believe in democracy. For this, he has set up a tongo with light and stenographers, using a pepero deputy as a plug; and has stigmatized a couple of Navarre deputies who dared to rebel against the partisan exchanges. Although it should not be ruled out either that the peperos (always loyal to the role of useful fools assigned to them by the 1978 Regime) had to lend ‘in extremis’ the vote of one of their deputies, making him pass as a doofus, to compensate for the evasion of the two Navarre deputies who did not want to eat the brown. In reality, the vicissitudes of this fix are unimportant; because what it was about was showing ‘urbi et orbi’, with impudence and bravado, that the Regime of ’78 always gets away with it, even if it has to resort to the most brazen chicanery. Let’s see if we find out, jolines.