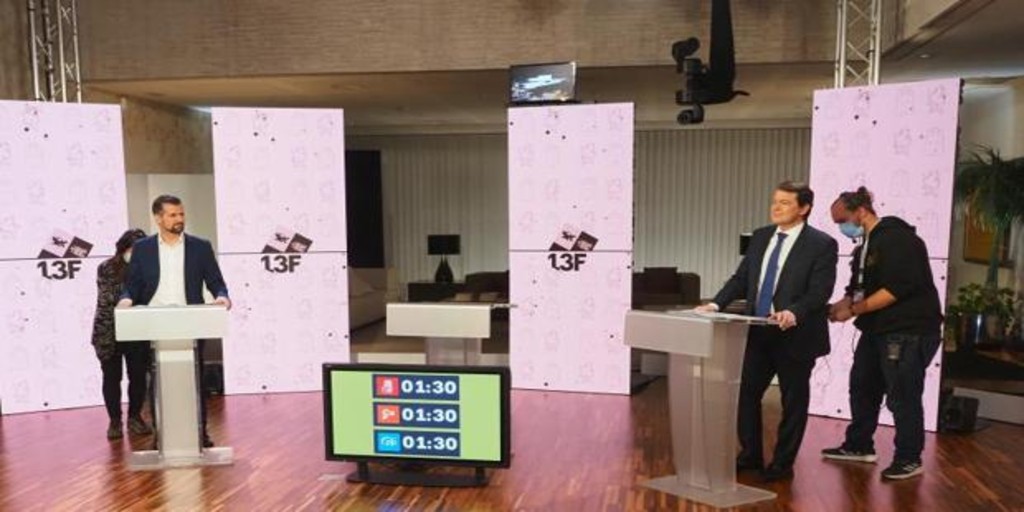 For some time now we have the moonlighting politician, we exploit him beyond his means without the slightest compassion. In the press conferences they have to appear and at the same time ask themselves the questions. That is if it is not an «institutional declaration» of those that have become fashionable so as not to have to answer questions because «only graphics are allowed».

The same thing happens in electoral debates, that the candidates, as was shown last night on RTVE, also had to act as moderator. They were politicians and journalists at the same time. “I’m glad you asked me that question…” they congratulated each other and then responded to a completely different question that they must have asked themselves. If the journalist inquired about the poor birth rates in the region, the candidates were confident that it would be a good year for lettuce.

If, on the other hand, he asked about the employment future of young people so that they do not have to go to Madrid, the public servant replied that the Segovia aqueduct is so beautiful. All like that.

It doesn’t matter what you ask because politicians always answer something else. The trick may be to ask a lot of questions to see if, with luck, they answer what is really interesting. And I say that with luck because the ones who work the most lately are the politicians of Vox, who act as a politician and at the same time as a censor. It is curious that they complain and even prosecute that they were not invited to yesterday’s debate – they do not have their own parliamentary group and the law only requires that parties with at least five attorneys or five percent of the vote debate. But when the media asks us something these days at Vox they dodge the subject – whatever it is. They ignore the journalist and turn a deaf ear because they will not really want to debate.