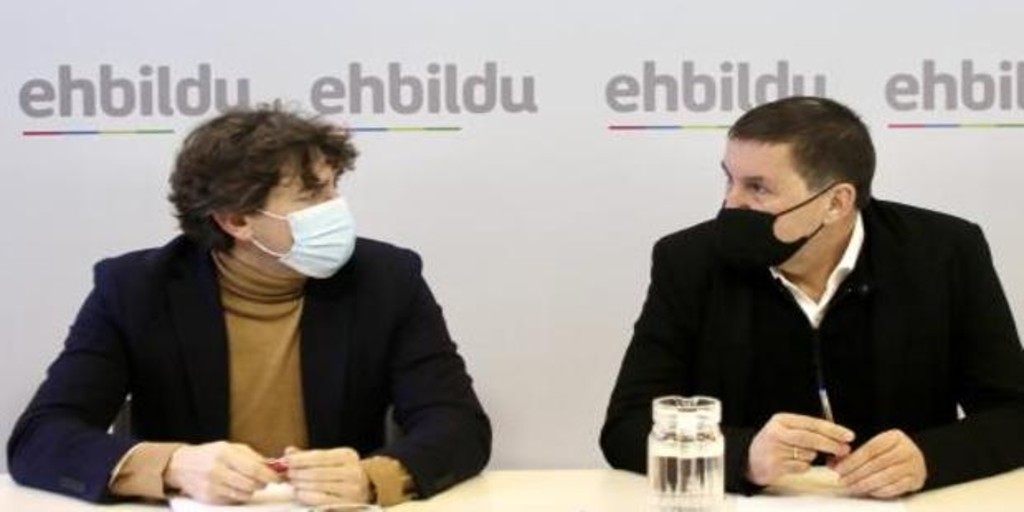 Go out to the Koxka in Alsasua, boy. Go away and let La Pantoja or Manolo Escobar ring a bell on your mobile when they have Eskorbuto on background sound. Or that both (Escobar and Pantoja) sound in your call, depending on the musilla that calls you if you go to Basque Arcadia. What it means to sound a castanet in the deep green of the north and to be looked at as a Madrilenian from Seville by a ‘momotxorro’ with a tendril, an ecologeta -yes-, and prepare a coven with ‘others’ as such. A coven of witches to democracy, and burning ATMs, and going out on Sundays with the bike: the ATMs do not matter, that the children of the nuts pay in

euros in the piggy bank already. And not only in Alsasua, but also in all those towns where they don’t want the AVE to arrive and where Sabino Arana, the enlightened one, laid the egg, Arzalluz the walnut tree and these, the new story. The story that Sánchez buys there, for the benefit of inventory. Because everything adds up to Sánchez; the same thing a guy who looks for truffles in Soria Machadiana and who hates Madrid and one from higher up who also hates Madrid and applauds the one who killed in Madrid. I called it the ‘prisoners’, but it is already an old concept ‘knowing’ what Moncloa does and undoes. Giving life to Miquel Iceta was already significant in the moral framework of the PSOE. And there they continue, prepared for the Ukraine.

I see the photo of Sánchez with a jacket hugging Idoia Mendia, with her hair in an axe, and I understand everything. And behind those who applaud, yes, as if forgetting or not knowing who Ernest Lluch or Fernando Múgica were. But no, forgetfulness passes and Adriana Lastra follows, which is an announcement of the precipice and Calvary. A great suffering awaits Otegi to get the prisoners out and leave him with the face of a minister. They tell me that Txapote, in the worthy vans, emptied the sphincters of fear; God wanted it to be by repentance. History, said the other, repeats itself like a farce. Otegi will be our Churchill and he only needs to go to ‘El Hormiguero’. Urkullu cries for the off-screen and because the privilege no longer goes to Neguri: it goes to Mondragón.