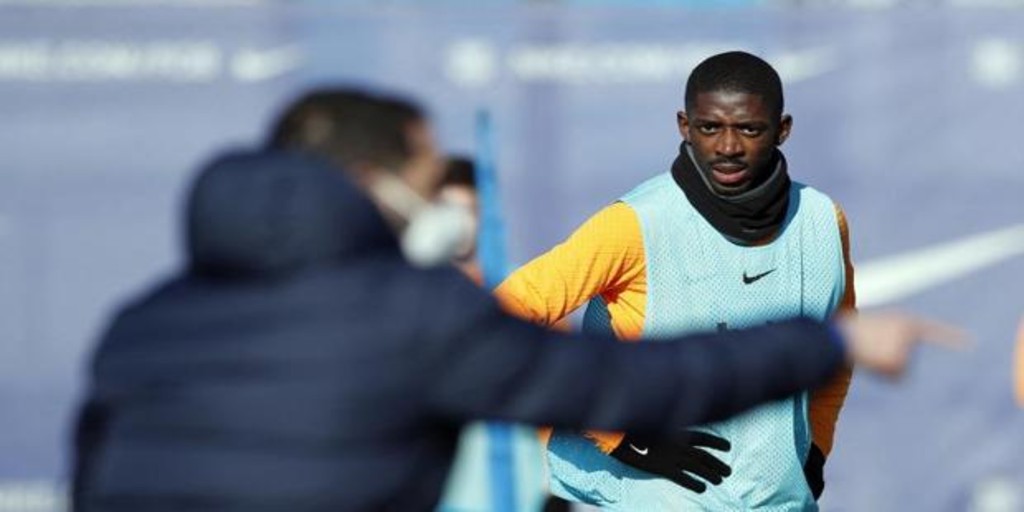 Barcelona is very close to getting rid of Ousmane Dembélé, who has understood that he has no place in Xavi Hernández’s sports project after the signing of Adama Traore and negotiations with Aubameyang, who will pass the medical review this afternoon. Chelsea will be his destination and he would sign until June 30, 2026, although the negotiations are not yet closed. However, a source very close to the operation assures ABC that “it is 99 percent done.” If nothing goes wrong Dembele He will sign with the English club and release the necessary salary mass so that Aubameyang can be registered. In addition, it eliminates the problem that Xavi would have to deal with if he stayed in the team, since he would have a excess of footballers in his position.

We must not forget that although the coach left him out of the last two calls to force him out, his intention was not to leave him in the stands if he stayed, as it could have a negative impact on the locker room. And you don’t have to take into account Pressure to which the footballer and, therefore, the team would be subjected every time they played at the Camp Nou, with a crowd whistling at him every time he touched the ball.

Dembélé is one of the most expensive signings in the history of the Catalan club, which in the summer of 2017 paid 105 million fixed to Dortmund plus a series of variables that in the end have materialized in other 30 million more. Injuries, however, have been a constant that have not allowed him to settle in the team. And his behavior has not been the most appropriate either, since he received more than one correction from the coaches that he has had for being late for training or being absent from a session without permission. In fact, his habits, unsuitable for an elite athlete, were widely criticized. The arrival of Xavi seemed to open a new stage in the Frenchman’s life. The coach assured that Dembélé could become the best player in the world in his position and that he considered renewal priority because it was one of the pillars of his sports project. However, the footballer’s agents got off the hook with exorbitant and unattainable requests for Barcelona: 30 million gross per year (more than what it receives). To this figure it would be necessary to add 15 million for the agent and 30 as a renewal bonus for Dembélé.

The player’s agent, Moussa Sissoko, tried to reactivate the agreement this past week after verifying that the threat of Mateu Alemany, which demanded an immediate departure from the footballer, was serious. However, when Sissoko landed in Barcelona, ​​he received a call from Leonardo, technical secretary of the PSG, which was captured by television cameras waiting for the representative. The interest of the Parisian club cooled this morning when Barcelona informed him that they would not let Dembélé leave for less than 20 million euros. Joan Laporta, ignored by Nasser Al-Khelaifi when he was interested in Neymar, he had it saved and was not going to allow him to sign for PSG, who also took Messi this past summer. Not even the offer of Mauro Icardi or Juan Bernat softened the position of the president culé. The azulgrana club justified its demand to enter €20 million to finish amortizing the signing of the French winger and thus square the accounts for the financial fair play. Chelsea, now hiring Dembélé, assures the footballer, that as of June 30, he will be free and has until then to receive offers.