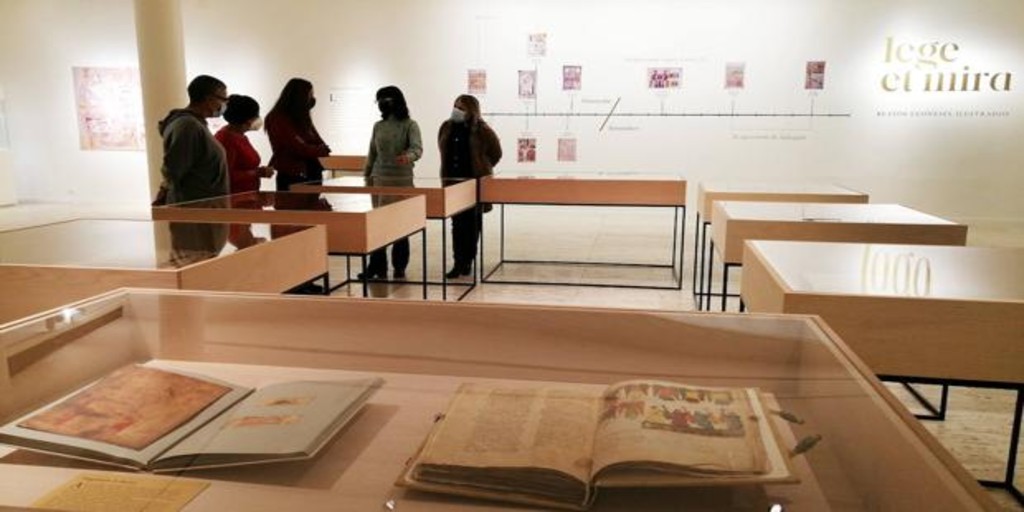 The network of cultural centers managed by the Junta de Castilla y León will carry out 631 activities in the nine provinces of the Community during the month of February. The program includes 62 temporary exhibitions; 54 guided tours; 51 talks and conferences, courses and meetings; 29 musical activities and concerts; more than 96 theater and performing arts shows, with an outstanding presence in rural areas through the Scenic Circuits network; 21 film cycles; 104 activities to encourage reading and literary presentations; in addition to 131 courses, workshops, educational and family activities and 78 online activities.

Among the novelties of the programming for the month of February, the new exhibition project which will travel through the Community will take the temporary exhibition ‘Asnografía.

Juan Ramón Jiménez in the Spanish school culture’ after passing through the Public Library of Palencia.

The exhibition ‘Samson, 25 years plus one in the North of Castile’ can be enjoyed this month at the Unicaja Banco de Palencia Exhibition Hall, after having passed through Salamanca.

On the other hand, the sample ‘Picasso, linoleum prints’, which has been exhibited last month at the Segovia Museum, will arrive at the Salamanca Museum in February, with 45 linocut works, one of Pablo Picasso’s favorite techniques in the late 1950s and early 1960s .

Other outstanding temporary exhibitions are ‘Stand up. The upright posture in human evolution’, at the Museum of Human Evolution, in Burgos, with numerous parallel activities around the exhibition. The Zuloaga Museum, in Segovia, hosts the exhibition ‘Daniel Zuloaga. Soy ceramista Centenario de Daniel Zuloaga’, which uses paintings by Ignacio Zuloaga and documentation from the Zuoloaga Museum to address the relationship between this artist and the ceramist Daniel Zuloaga, his uncle, as well as his relationship with the city of Segovia through the representation of its landscapes and people.

In addition, the General Archive of Castile and León hosts the exhibition ‘Heroic Enemies. The constructed memory of the Communities’, which takes a journey through the historical memory that over the centuries has been built around the figure of the community members.

At Leon Museum you can see the temporary exhibitions ‘Different names of the apocalypse. An unfinished decalogue in the Museum of León’ and ‘Beatos leoneses. The realm of images’.

At Museum of Palencia continues the exhibition commemorating the centenary of the center and the temporary exhibition ‘Archaeology of the Cathedral of Palencia. Beyond the 700 years of the Gothic temple’.

The temporary exhibition ‘Women of Park Avenue’, by the artist Suso Barrio, is scheduled until February 13 at Palacio Quintanar in Segovia, where you can also visit ‘Habitus / habitare’, a retrospective of the Italian artist Teodosio Magnoni. ‘Fracture.

The exhibition ‘The Prado Museum in the streets’, which has already traveled the entire Community, is enjoyed at the Paso de la Mota de Benavente (Zamora) until February 21, after passing through Salamanca, Valladolid, León, Aguilar de Campoo (Palencia), Burgos and Soria, Segovia and Avila.

Music and theater have a significant number of activities in the program for the month of February. Almost a hundred theater and performing arts shows can be enjoyed, especially in rural areas, thanks to the Scenic Circuits network. In addition, during the month of February the theater cycle will continue ‘The Community on Stage’, with the participation of eleven companies from Castilla y León at the Miguel Delibes Cultural Center in Valladolid, offering this month the shows ‘Family photo’, by Cal y Canto Teatro; ‘Escai sofa’, by Mercucho Producciones; ‘Breakin Barrio’, by Rayuela Producciones and ‘Heads of the bill’, by Perigallo Teatro.

The musical programming will offer almost thirty concerts and musical activities, among which the proposal of the Castilla y León Symphony Orchestra stands out, which during the month of February provides three subscription concerts for the January/June season.

The first of them will be held on February 4 and 5, under the directed by Jaime Martín and with the participation of José Redondo as a tuba soloist; the second will be on February 10 and 11 and will have conducted by Vasily Petrenco and with Daniel Ciobanu on piano; the third concert of this month is planned for February 24 and 25, with the direction of the American Leonard Slatkin.