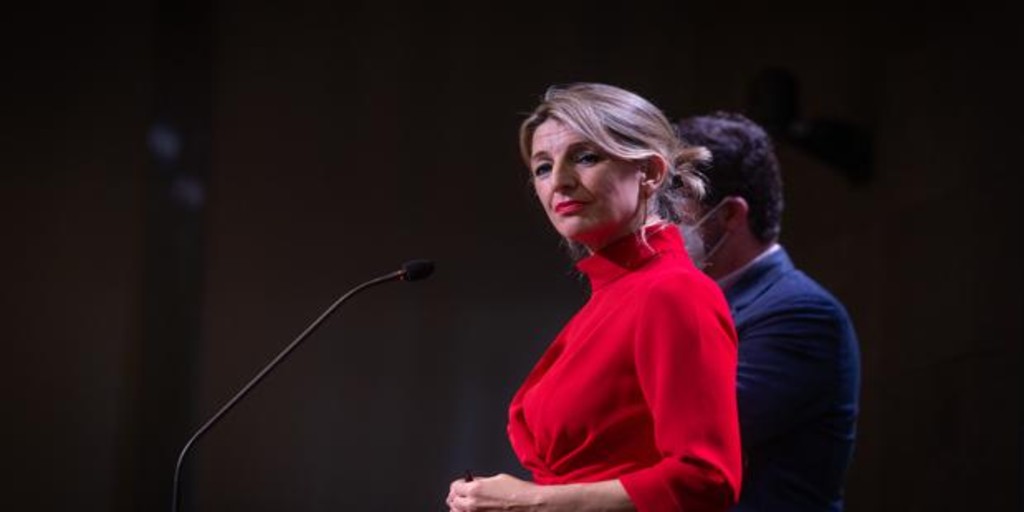 As the provisional leader of Podemos, the head of Social Rights yesterday had no qualms about crossing the red line that separates the different ministerial departments of the Government -passing over the head of the Executive himself, head of the State’s diplomatic action- and in sending to the Ministry of Foreign Affairs a sixteen-point document on the strategy to be followed by Spain in the Ukraine conflict. Unprecedented due to its intrusive nature and its provocative character, the result of the coexistence in the Government of two parties that, beyond their particular interest, have never come together in defense of the nation, the proposal of Ione Belarra, presumably pacifist, represents the umpteenth movement of the extreme left that converges in United We Can against Spain’s Atlantic commitment and the dissuasive activity carried out by NATO and, in a covert and well calculated way, in favor of the Kremlin.

Yolanda Díaz’s political survival tactic, silent in the face of any crisis that could wear down and call into question the moderate profile in which the second vice president has worked since Pablo Iglesias left the hard core of United We Can, has not managed to prevent the party from purple, with its founder at the helm, now involved in a propagandist and media agitator, repeatedly demonstrates against the Atlantic Alliance of which Spain is a part. It is not precisely the nostalgia or the populist profitability of the ‘No to war’ that determines this position, but the alignment with the project of harassment and demolition of the free world to which Vladimir Putin has been dedicated for years. Hybrid or technological, made up of hoaxes and disinformation, tailored to the viscerality and irrationality that circulate through the networks, broadcast through Sputnik or RT, the new cold war waged by the Kremlin seeks any open gap in Western democracies to destabilize them, and also to those political agents willing to get involved in their campaign of erosion. Any cause is good, no matter how different the political objectives and ideological presuppositions of those who pull the strings and those who from a distance agree to play the role of puppets. As four years ago were the coup plotters of the ‘procés’, and before the prophets of Brexit in the United Kingdom, or without interruption the extremist forces that of one sign or another that roam Europe, United We Can is an anti-system factor – against the Crown, against the CGPJ, against freedom of information and opinion – which has not escaped the Kremlin’s demolition program. The party founded by Pablo Iglesias emerged as a Chavista affiliate and achieved notoriety through the propaganda apparatus of the Iranian theocracy, two of the tyrannies that make up the anti-Western axis led by Russia. Now it is Jaume Roures, whose media infrastructure he put at the undisguised service of the ‘procés’, who hosts Pablo Iglesias’ broadcasts.

United We Can is very free to express its totalitarian aspirations, to publish, as Belarra did yesterday, its ‘peace agenda’ and to come out in defense of the tyrannies that inspire and cover its anti-democratic activity. Spain, however, cannot afford it. The consequences of hosting in the Government a force that not only attacks the institutions of the State, but also the shared interest with the allies of NATO and democracy, are visible in Madrid and in Washington.