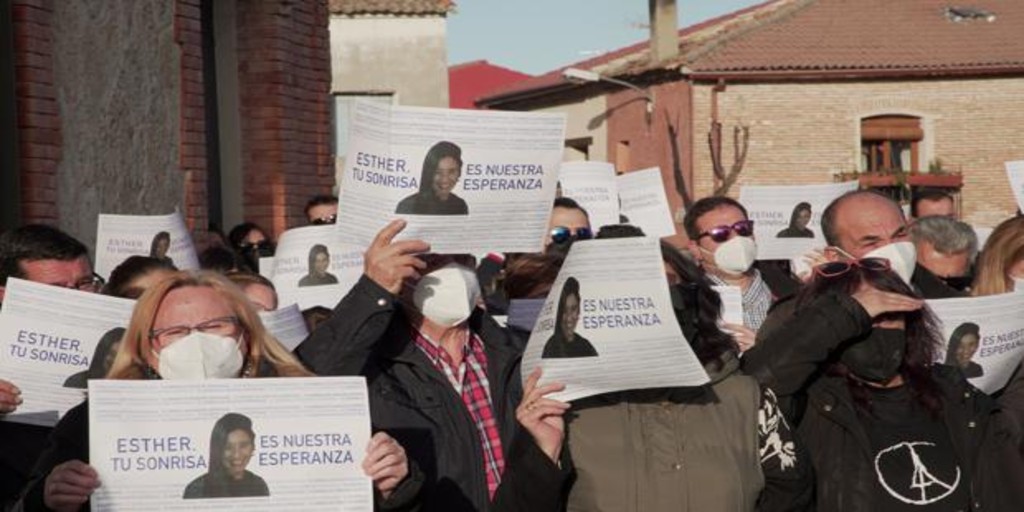 Hundreds of people have cried out today in the Plaza Mayor of Traspinedo (Valladolid) for the discovery of their neighbor, Esther López, who disappeared 18 days ago. They have done it in an emotional act in which authorities and also friends have intervened and that has tried to be a “positive” impulse than to trust that this week there will be news of the case. Under the motto ‘Esther, your smile is our hope’, those present wanted to send a message of unity to a population where anguish has been the predominant characteristic in these three weeks.

An example of this have been the words of the mayor, Javier Fernández, and of course Esther’s father, Miguel López, who have taken the floor and with a broken voice saw their address interrupted several times.

“Thank you very much, and let my daughter appear, please,” exclaimed the father to conclude his brief speech, broken by the applause of the public. Before, López had called about the “very serious moments of anguish” that his family is enduring. “It is an evil without medicine. It is the worst disease because there is no cure for it.” Has defined.