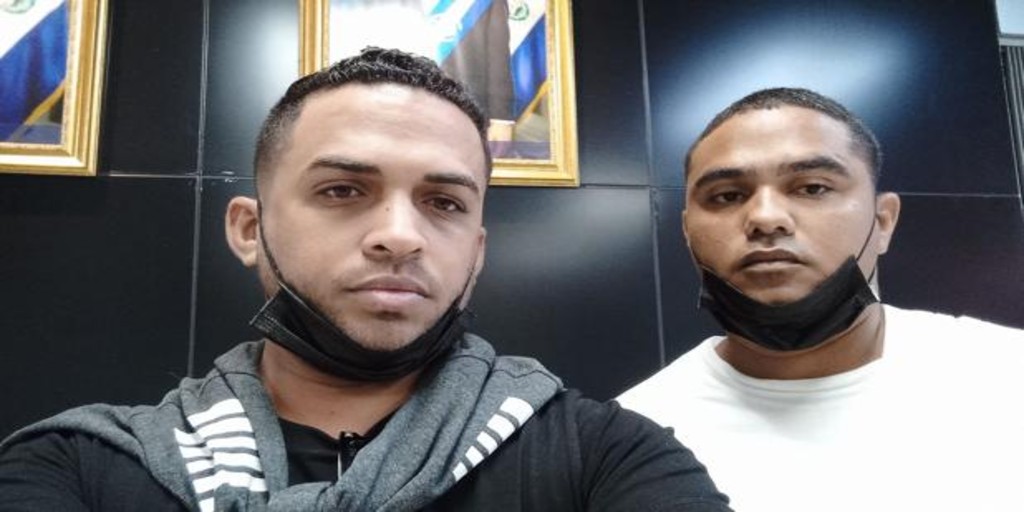 The year 2022 began with the news of the forced exile from Cuba of three independent journalists due to pressure from State Security. Is about Orelvis Cabrera Sotolongo, who after his departure denounced that he was forced to leave the country due to the constant threats against him and his family; and the reporters Esteban Rodriguez and Hector Luis Valdes Cocho, shipped to Nicaragua, a country that refused entry. For Rodríguez, exile was the only option to get out of jail: State Security kept him in jail for eight months, without trial or prosecution, for demonstrating peacefully. They took him out of the cell and transferred him directly to the international airport in Havana, without

even say goodbye to their children.

A similar experience was suffered by the artists Katherine Bisquet and her partner Hamlet Lavastida. Both went into exile, in Europe, last September. Before his departure, Lavastida, a member of the 27-N platform, remained imprisoned for three months after being accused by the authorities of inciting and summoning “the carrying out of civil disobedience actions on public roads, using social networks and the influence directly on other counterrevolutionary elements. State Security offered the artist release on the condition that he leave Cuba.

Although exile is a sanction recognized in the Cuban Penal Code, it has not been applied to any of these cases and the Cuban regime denies these expatriations. However, it is a common practice against pro-human rights activists and independent journalists to free themselves from the internal pressures they exert, and thus maintain control over citizens. These forced exiles – the NGO Prisoners Defenders denounced them to the UN – represent an exile from the moment they are forced to take a flight, sometimes to the first available country, with the threat that, if they return, they will be taken to prison to serve long sentences.

Another recent case is that of the playwright and coordinator of the group Archipiélago, Yunior García Aguilera, and his wife, the producer, teacher and activist Dayana Prieto Espinosa, who were also forced into exile right in the middle of a repressive campaign for the call for the peaceful march of November 15. “Sometimes, the only way to break the silence imposed on us in Cuba is to leave the country,” García declared after arriving in Spain.

Shortly after, the writer, reporter and activist of the San Isidro Movement (MSI) and 27-N, Alfredo Martínez, also chose to leave the island, traveling to Switzerland where he requested political asylum. The list of exiles is long: curators Anamely Ramos (MSI) and Claudia Genlui Hidalgo (MSI), artists Camila Lobón (27-N) and Tania Bruguera (27-N), rapper Eliécer Márquez Duany, known as El Funky (co-author of ‘Patria y Vida’ and member of the MSI), Denis Solis (MSI), whose arrest in 2020 was the origin of the mobilization of artists, and the scientist Oscar Casanella (MSI) are some of the anti-establishment activists who are currently outside the country. Although some have declared that exile is not definitive, all agree that their decisions were influenced by the pressure exerted by the regime: arbitrary arrests, interrogations, threats of imprisonment, physical and psychological torture, extensive house arrests, defamation in official media, evictions of rents and acts of repudiation.

But not all choose to leave, some refuse to exchange prison for exile. This is the case of the rapper and co-author of the song ‘Patria y Vida’ Maykel Castillo ‘El Osorbo’, as well as the artist Luis Manuel Otero Alcántara and the independent journalist Lázaro Yuri Valle Roca, who have been imprisoned for several months.

Forced exile is not a new practice in Cuba. For several of the 75 political prisoners of the Black Spring of 2003, sentenced to up to 27 years in prison, the Castro regime offered banishment to Spain as the only condition for their release. Those who refused remained behind bars for several years, such was the case of Jose Daniel Ferrer and Felix Navarro, both arrested on 11-J and currently incarcerated. Other historical activists, with a wide echo in the international community, such as Guillermo ‘Coco’ Fariñas, the regime has also offered to leave, meeting their rejections, even if that means living under constant harassment from the political police, both them and your families.

The dissident Guillermo ‘Coco’ Fariñas was detained for six hours last Thursday after trying to bring a floral offering to the statue of José Martí, on the occasion of the celebration of his birth. Fariñas himself, who has been arrested almost half a dozen times this year and who was also prevented from traveling to Miami a few days ago, explained how his detention took place in “they tried to encourage me, so that I exiled myself from my homeland.” Every January 28, State Security intensifies arrests and surveillance of opponents, activists and independent journalists. Also on Thursday, art historian Carolina Barrero was arrested.

Currently, more than two million Cubans live outside the island, most of them, for one reason or another, were forced to leave. However, the exile has intensified in recent months. As civil society activism has increased, amid the worst health and economic crisis, the crackdown to silence dissenting voices has intensified. More than 800 political prisoners, most of them after 11-J, are proof of it. According to the Cuban Human Rights Observatory, 2021 has been “the worst year of the last two decades for human rights in Cuba.”