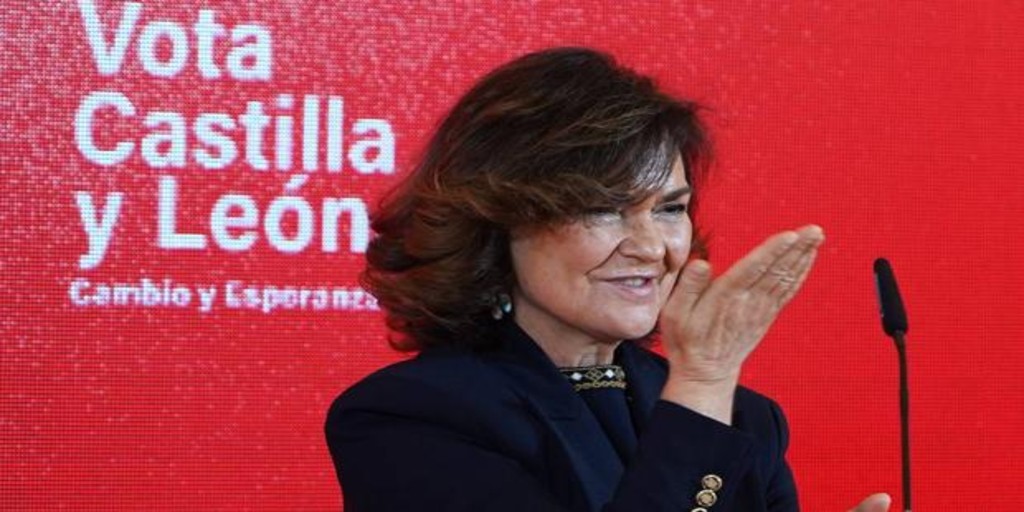 The former Andalusian vice president and deputy Carmen Bald has demanded this Sunday the Popular Party to clarify whether will sit from February 13 in the government of the Board to Vox and the “Spanish fascists”. In his opinion, the ‘popular’ will do so, unlike what happens in Europe, because they do not have “principles” and he has stressed that he likes the profile of men like the socialist Luis Tudanca, who understands politics as a space of “little ants”.

«The PP and Mañueco is the past and Tudanca is the future of Castilla y León”, said Calvo, who has participated in the third day of campaigning for these elections on February 13 in an act that has brought together fifty people at the Simón Ruiz Hospital in Medina del Campo (Valladolid).

Calvo has urged women to mobilize because he has insisted that in the next elections it is at stake if Castilla y León joins Luis Tudanca in the “channel” of the fight against sexist violence and the “outrages” with the rights and freedoms, because he has warned that for the PP equality is not important, because they have resorted to all the laws and “they always put themselves in profile.”

“Luis protects Castilla y León and Mañueco protects Casado», has maintained the former vice president, who has also considered that the socialist candidate for the Board is “trustworthy”. In this way, he has accused the PP of turning Castilla y León into a “battlefield” and has trusted that this operation of calling early elections will not go “well”. “Who is facing here is Mañueco and Casado against Ayuso”, has said.

In the same way, the former vice president has requested ddisassemble the «lies» and «tricks» of the PP, with Alfonso Fernández Mañueco at the “head”, on the image they offer of Castilla y León and has explained how an Andalusian sees it “from the outside”. In his opinion, while the Government and the PSOE have made a policy to protect Spain, the popular ones do it with their leader, reports Ical.