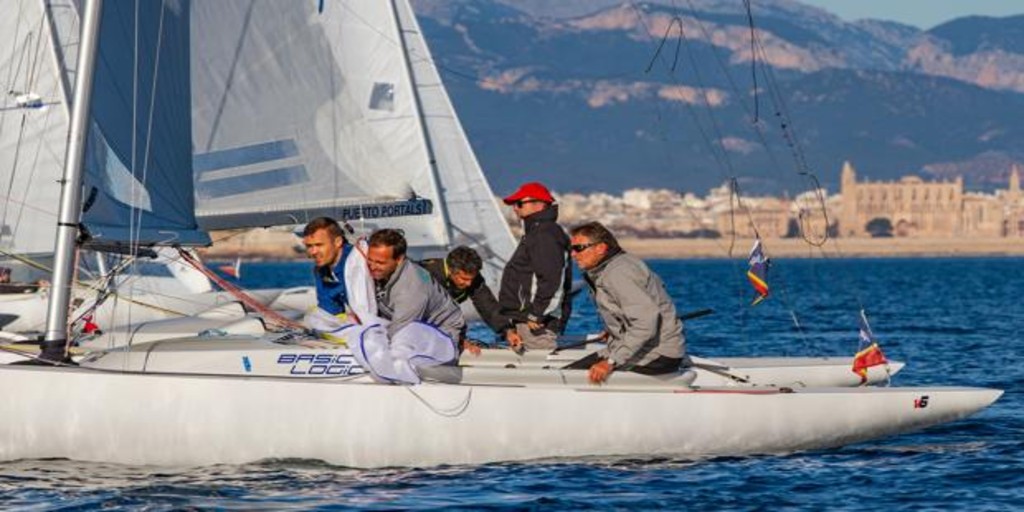 The Austrian boat Basic Logic, owned by the owner Wener Deuring and manned by Alexander Deuring and Pedro Andrade, has today been proclaimed champion of the V Puerto Portals Dragon Winter Series, held in the Bay of Palma since last December 19 and which has finally been of 19 sleeves divided into four rounds.

The emotion has been maintained until the last board. The winner has obtained an advantage of a single point over the second classified, Gunter, by Javier Scherk, representative of the Real Club Náutico de Barcelona, ​​who has prevailed in the first of the two heats of the day and has been fifth in the following . Both boats have maintained a tough competition since practically the beginning of the Winter Series.

Basic Logic snatched the lead from Gunter on the penultimate day, held yesterday, and has retained it today thanks to a fifth and second place finish. The progression of the Deurimg team has been spectacular since the eleventh race, in which it has always sailed in the Top 5 of the fleet, made up of 18 boats from six countries.

The bronze went to the Australian Yeahnah, of Jan Ekert, who was proclaimed the winner of the last heat and obtained a four-point lead over the German Powwow, of Michael Cäsar Zankel, who today did not sail among the best and left off the podium.

The first of the two valid departures of the day took place at 12:00, one hour behind the scheduled time. The southerly component wind has been slow to settle in the Bay of Palma, but as of noon it has been generous, with an average intensity of 9-10 knots. It has been, without a doubt, the best day of the fourth round and the Regatta Committee has been left with the desire to mount a third regatta, which has not been possible due to lack of time.

The V Puerto Portals Dragon Winter Series has been marked by equality at the forefront of the fleet and general conditions of medium and light winds, although the third round was played with some gusts of more than 20 knots and its last day had to cancel due to bad weather.

The competition has consisted of 19 sleeves with two discards, a sufficient number to reward the most regular boats. Basic Logic has achieved three partial victories, compared to Gunter’s five; however, his two worst results, which have been ruled out, have been seventh places. His net score (without discards) was 67 points, 85 for his greatest rival and 112 for the third-placed team. This gives an idea of ​​the perseverance of Werner Deuring’s team and their deserved victory.

The Puertos Portals Regatta Club already has its sights set on the next big event in the Dragon class, the V Mediterranean Cup, which will take place from February 18 to 20. Both Basic Logic and Gunter appear on the entry list for this competition, which is expected to once again bring together the cream of the European fleet in the Bay of Palma. The two great protagonists of the Winter Series obviously start as favorites to win this regatta recovered by Puerto Portals in its bid to be the reference base for the Dragon class.