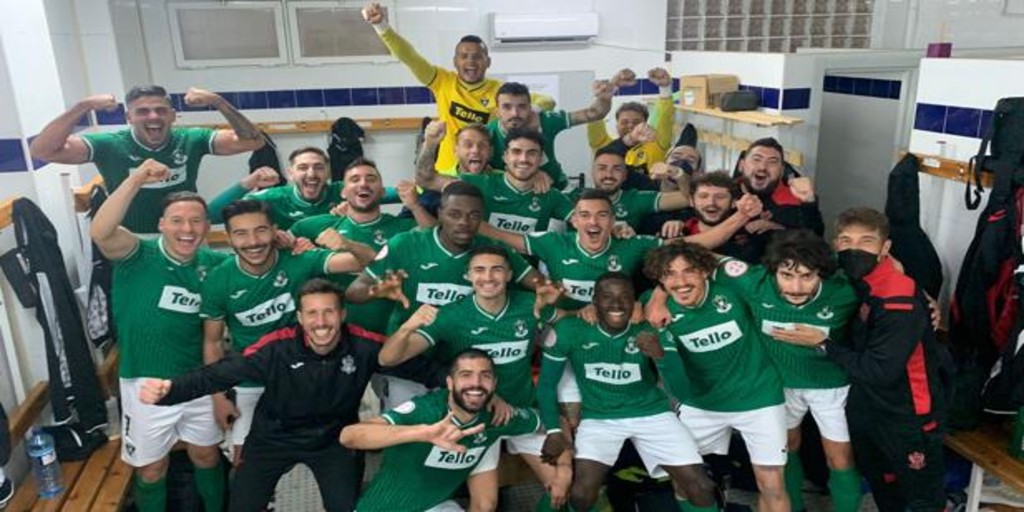 1-3: Toledo continues its climb to save itself

CD Toledo has started the second round of the championship in a diabolical way. The greens won 1-3 in Águilas after losing to relegation by 1-0. Salvation is still very complicated, but Toledo does not give up.

The first bars were of local color and, in this way, Abel Molinero and Chumbi almost made it 1-0. The Toledo team was restored and Dieguito Y Miguel Garcia they had two options to put their team ahead on the scoreboard. It was, above all, in the second after a masterful free kick that saved the local metal in a masterful intervention.

In the 30th minute it was 1-0 as a result of an error by the two visiting central defenders, which Quim Araujo took advantage of to offer a good service on Chumbi.

He defined sufficiency against Dos Santos. CD Toledo was able to equalize in the 43rd minute, but Migue García’s shot went wide.

After the restart, CD Toledo went in search of their opponent with abrave and offensive football, albeit taking some significant risks in his defense. The greens had their prize and equalized in the 65th minute through Jokín Esparza: he picked up a rebound from the local goalkeeper shot by Cedric, who could have been the subject of a penalty in this action.

The people from Toledo saw that the complete comeback was close and they went for it. In this way, in minute 73 Alberto Bernardo put a good serve to Cedric so that he scored the 1-2. With no time for respite, Iván Cedric himself defined a pass on a ‘silver tray’ by Miguel García to a thousand wonders to score the final 1-3.

Referee: Álvaro Cánovas García-Villarubia. Valencian Committee. Yellow cards to the locals Uri and Juanjo. On the visiting side, Rodri and Víctor Andrés.

Incidents: matchday 19 of Group V of the Second RFEF played this Sunday afternoon at the ‘El Rubial’ stadium in front of some 1,300 spectators.