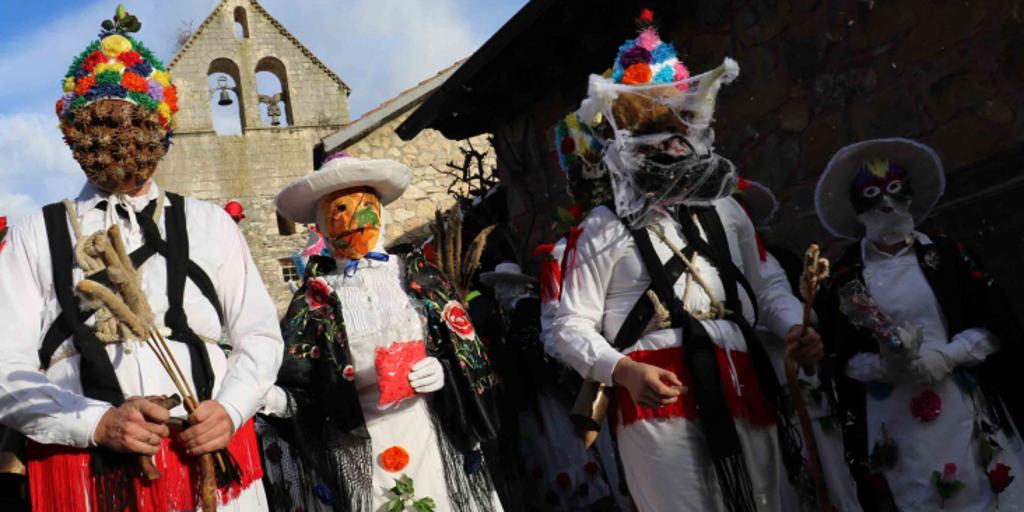 The Government of Castile-La Mancha supports the manifestations of traditional culture as a hallmark of the territory and as an excellent opportunity to publicize the folklore of the peoples, thus helping to promote their development and fight against depopulation.

This has been expressed by the Minister of Social Welfare, Barbara Garcia Torijano, during the presentation of La Ruta de las Botargas; an initiative of the Guadalajara Provincial Council which has been presented by its president, José Luis Vega, this Saturday at the San José Center in the capital of Alcarria.

The Botargas are a figure of traditional folklore with deep roots in the province of Guadalajara, on which the Executive of the region has begun the protection process with the beginning of the file to declare them an Asset of Cultural Interest, in the category of Intangible Asset, published in the Official Gazette of Castilla-La Mancha last Thursday, January 27.

García Torijano stated that “it is a necessary asset for our province because it generates economy and tourism at all levels”, and added that “it is a festival of singular interest, unique in our country and without a doubt it is helping us to combat abandonment of our towns, to combat depopulation and to generate well-being among our neighbors, celebrating these Botargas in the thread of the festivities of tourist interest in the province».

Currently there are 40 botargas, distributed in 38 municipalities of the four districts of Guadalajara, many of them in rural areas with less population, who have made an effort to keep this tradition alive. In recent years, some municipalities in the province have also recovered their botargas, such as Tortola de Henares, Malaga del Fresno or Taracena. Even in the next few days, the town of Cabanillas del Campo will once again have her at its San Blas patron saint festivities.

“When a town keeps its traditions alive through the efforts of its neighbors, it plays a very important role in fighting abandonment and depopulation, which is one of the priorities that right now marks the agenda of the Executive of Castilla-La Mancha, through of the Law on Measures against Depopulation”, stated the head of Social Welfare.

For his part, the president of the Guadalajara Provincial Council, Jose Luis Vega, has thanked all the municipalities that have collaborated in this initiative, and the ‘Oral Tradition’ association, which has worked closely with the Provincial Council’s Tourism service and has encouraged people to get to know this tradition, “which we have to preserve as an Intangible Asset and that makes the province of Guadalajara unique».

Route of the Botargas of Guadalajara

The interest in preserving the Botargas as an identity element of the towns where they are celebrated is very much alive in the province of Guadalajara, which has a full calendar of botargas in festivals of tourist interest throughout the year, although with special presence in the winter festivals, which the Provincial Council now promotes with a tourist route that seeks to make them known and turn them into an element of attraction for tourism.

With this same objective of revaluing these cultural expressions, the process of declaring an Asset of Intangible Cultural Interest has begun, with which other manifestations closely linked to the region already have, such as, among others, the Corpus of Camuñas, the Ceramics of Talavera, or the Hookers of the Alto Tajo, also in the province of Guadalajara.

Hence, hand in hand with the cultural associations of the land as great connoisseurs of the history, variety and enormous ethnographic value of the Botargas, “let’s join forces at the institutional level, from the Board with this figure of special protection and from the Provincial Council with the creation of the Route that is presented today, to turn them into one more argument to continue attracting visitors that generate the wealth and development that we want for this province and for all of Castilla-La Mancha”, concluded the counselor.