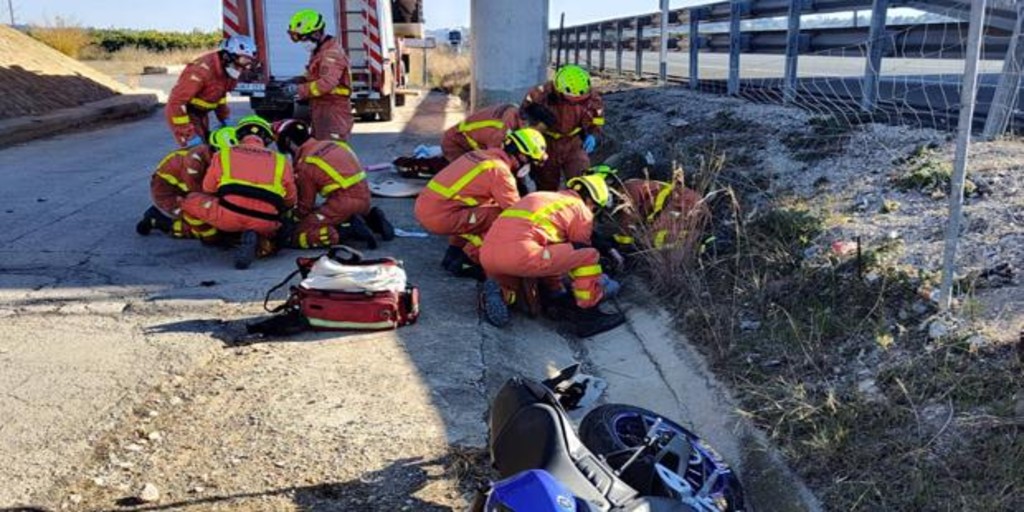 Two people have been injured after fall with the motorcycle by a bridge when they were driving along the A-7 motorway as it passed through the Valencian town of Torrent, as reported to Europa Press from the Valencia Provincial Firefighters Consortium.

The notice was received at 2:59 p.m. this Saturday, when a motorcycle with two passengers – a man and a woman – fell from a bridge onto a path that runs alongside the road.

Video of the performance of @BombersValencia with equipment of Silla, Catarroja and control of Torrent in accident in the A-7 in Torrent, where a motorbike with 2 occupants has fallen from a bridge pic.twitter.com/TtZ2t8uo4n

Two fire crews from the Silla and Catarroja parks and the Torrent command, who have proceeded to help the victims and they have placed them on a rescue stretcher awaiting the arrival of the medical facilities, which, upon arrival, have transferred the two victims to the ambulance.

While the firefighters gave assistance to the victims, at the same height of the road two vehicles have collided and part of the firefighters have had to go to help the other victims. In this case, it has not been necessary to release the occupants of the tourism, although they have required health care.