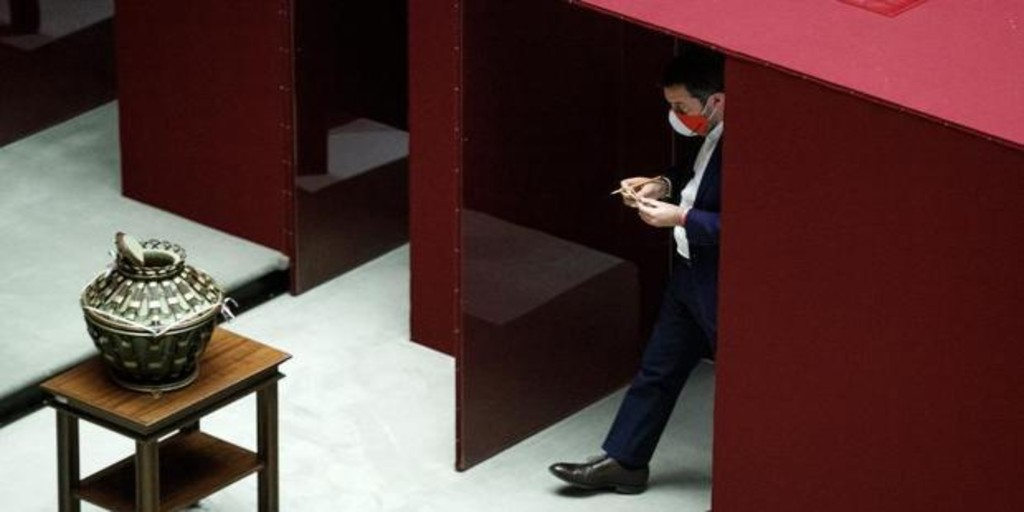 The strategy of the center right for the election of Sergio Mattarella’s successor as head of state failed miserably, presenting as a candidate for Elisabetta Alberti Casellati. In yesterday’s vote, the fifth in the electoral race, Casellati obtained only 382 votes. Bearing in mind that there are 453 center-right voters, the president of the Senate was far from an acceptable number for her coalition to maintain her candidacy. The leaders of the center right had put as a psychological barrier that Casellati had received at least 400 ballots. But the president of the Senate has not even been fully supported by her own, since she has lacked 71 votes from her coalition. The parties that make up the center left – the 5-Star Movement, the Democratic Party and Free and Equal – abstained.

The center right, in particular the secretary of the League, Matteo Salvini, sale bad after this fifth black smoke. As leader of the coalition’s majority party, Salvini is playing the figure of the ‘kingmaker’, to coordinate the strategy of the center right in the presidential election, after withdrawing his candidacy last Saturday the leader of Forza Italia, Silvio Berlusconi, who is still admitted to the San Rafael hospital in Milan. Salvini has failed because he has not known how to deal the cards. Not having a strategy has shipwrecked the center right.

The disunity of the coalition is great. Giorgia Meloni, leader of the Brothers of Italy, who is out of government, is working for early elections, although she would not mind seeing Mario Draghi at the Quirinal. In the League, Salvini always assured that the former president of the European Central Bank must continue as prime minister, while his right-hand man Giancarlo Giorgetti, Minister of Economic Development, is in favor of Draghi’s transfer to the Quirinal.

The irritation of the center left was maximum before the decision of the center right to present a candidate without previously reaching a consensus. Enrico Letta, leader of the Democratic Party (PD) had flatly rejected the name of Casellati: “Propose the candidacy of the second authority of the State, together with the opposition party [Hermanos de Italia], against his government allies would be an operation never seen in the history of the Quirinal. Absurd and incomprehensible. In short, it would represent the most direct way to blow everything up.”

It was evident to most parliamentarians and analysts that Elisabetta Casellati, 75 years old, it was not the best possible candidacy. His greatest political merit has been being a faithful of Silvio Berlusconi. In her government she was undersecretary of Health and Justice. In 2014 she was elected by Parliament as a member of the Superior Council of the Judiciary. In March 2018, she was elected to the presidency of the Senate. Her first act as president was to go to the house of Berlusconi, whom she had vigorously defended in the Rub case, the young Moroccan with whom the former prime minister had sexual relations as a minor.