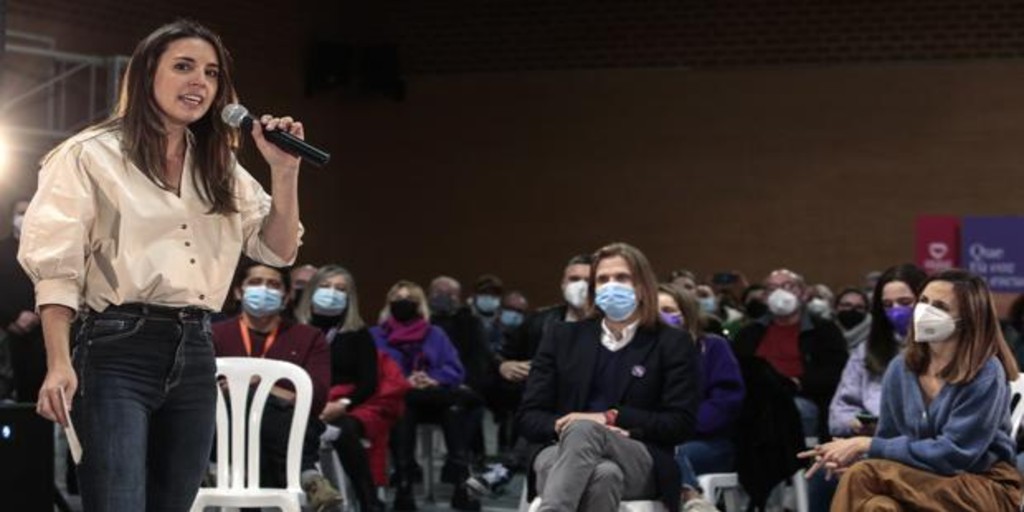 Montero: “Even right-wing people know that the PP does nothing good”

“These are not an election to ask if people are on the left or on the right, because even right-wing people know that the PP does nothing good to make their lives better. They are elections to ask the people which is the political space that can do the most for them. Alfonso Fernández Mañueco is a lie, hoaxes and corruption and the PP is depopulation, emptying, mistreatment of public services and the cause of the main structural problems in Castilla y León”, the Minister of Equality and Secretary of Government Action assured this Friday in León Irene Montero.

Elections in which “even people on the right know that they would do well to vote for a political space like United We Can and a candidate like Pablo Fernández, who knows that in this land it is essential to shield public services” and in which, according to the minister, “We have to ask people if we deserve politicians who always tell the truth».

“You have to ask if they want 35 more years of the Popular Party with depopulation and corruption policies or a change that makes it possible for Castilla y León to have public services so that citizens can develop their life projects with dignity”, highlighted Irene Montero, who has highlighted that this is the first time that United We Can concur together “with a transformative, feminist and green project” that will be “able to turn around the attempt by Alfonso Fernández Mañueco and the Popular Party to make believe that everything be written.”

The Minister of Equality and Secretary of Government Action has highlighted that the formation “has no debt to any powerful”, but it has “people who defend principles”

Regarding the campaigns, Irene Montero has defined them as “important moments to remember why we are here and convince more and more people to join this political project”. With her “head held high”, the minister has defended that United We Can and Pablo Fernández are “the only ones” who “always tell the truth, no matter who it weighs”, so that the candidate is “the only one who can defend public services, rootedness in the land and the fight against depopulation without any interest or hidden debt with great powers”.

Montero, who has reviewed some achievements of the Government of which United We Can is a part, such as the increase in the Interprofessional Minimum Wage, the housing law or the trans law and LGTBI rights, has clarified that the Autonomous Community “has a future”, although that is “Without the PP and the policies it has deployed.” For the minister, “the first condition for something to happen is to know that it is possible, even if we believe it is impossible”, so advocates “relying on collective strength, the ability to turn around the electoral results, in the project and in the ability to create safe institutions that guarantee dignified life projects».