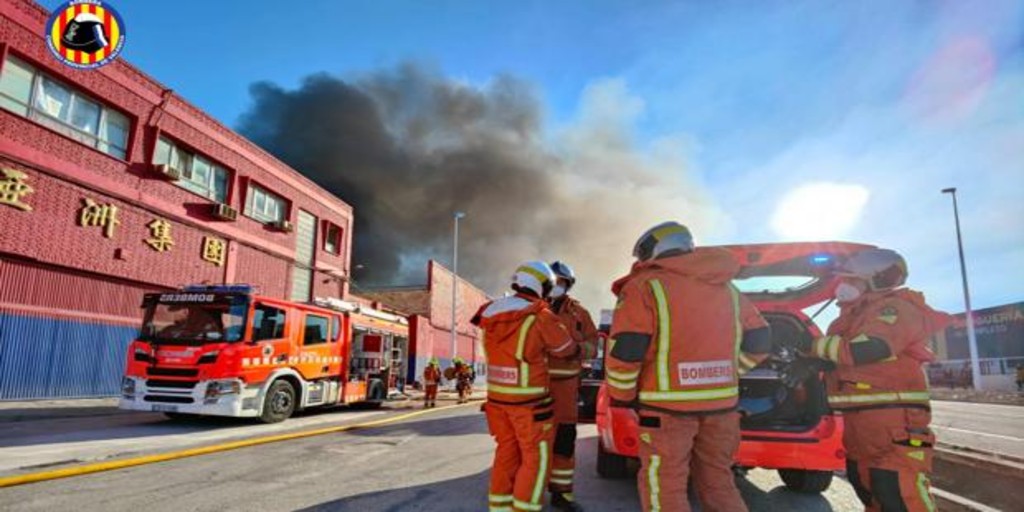 Members of the Valencia Provincial Firefighters Consortium work to extinguish a fire declared this Friday in a store of bazaar products located in the La Cova industrial estate Manises (Valencia), as reported by this body and Emergencies of the Generalitat through their social networks.

The fire broke out shortly after 9:30 a.m. and affected the entire warehouse structure. It’s about a bazaar located on Mas d l’Oli avenue in Manises.

The fire has not caused injuries, has specified Emergencies, which has highlighted that all the workers of this company have been evicted. Likewise, he pointed out that a Basic Life Support ambulance is in the area “in preventive mode”.

Emergencies has also indicated that the smoke caused by the fire has not affected the operability of the Valencia airport, located in Manises, but yes to that of the Ferrocarrils de la Generalitat Valenciana (FGV) lines. Initially these had not been affected but later the railway company has communicated that there was train traffic interrupted on that line.

To extinguish the fire, troops from the Paterna, Torrent, Burjassot and Alzira fire stations, as well as three command units, have been mobilized. Initially, five crews have attended, which have subsequently increased to seven, has detailed the Provincial Firefighters Consortium, which has added that there are risk of affectation to adjoining ships.