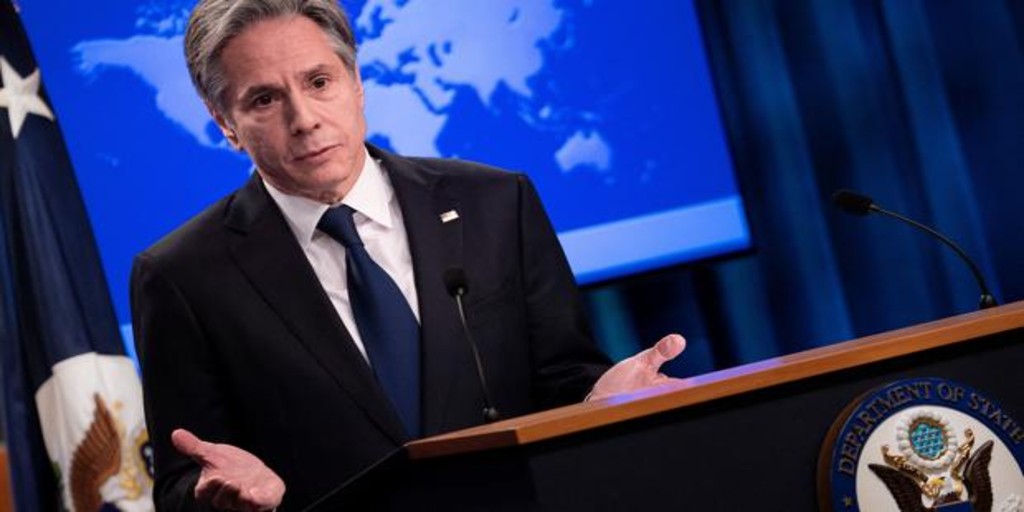 If you want to be up to date with all the latest news hours today, ABC makes available to readers a summary with the best headlines of the Thursday, January 27 that you should not miss, like these:

Joe Biden this Wednesday fulfilled the term granted by Vladimir Putin to respond to an ultimatum on NATO and Ukraine, and sent through his ambassador in Moscow a letter to the Kremlin in which he did not accept any of the Russian conditions. To prevent the invasion of Ukraine, the Russian Government requested, among other things, that the Atlantic Alliance suspends all membership plans, not only with Ukraine, but with former Soviet republics or satellites, and should also put an end to any joint military deployments or exercises near Russian borders.

This is Sanna Marin, the Prime Minister of Finland who has met today with Pedro Sánchez

The president of the Government, Pedro Sanchez, met this Wednesday in Madrid with the Prime Minister of Finland, Sanna Marin, to discuss the management of the pandemic, the crisis in Ukraine or the migration pact. As happens on some occasions, the anecdotes, in this case those referring to the physical appearance of the leaders, overshadowed the content of the meeting. Surprised by the physical beauty that both leaders enjoy, many Twitter users entertained themselves by joking about that detail, with messages that combined wit and scathingness. Flippant remarks aside – you have to remember that the ‘Financial Times’ newspaper said that Sanchez had been nicknamed ‘Mr. Handsome’ (Señor Guapo)–, the truth is that Marin’s political profile deserves a calmer comment, because his biography is marked by a dizzying career, striking episodes and some controversy.

Daniil Medvedev signed this midday a victory of great caliber against promising Felix Auger-Aliassime, which allowed him to advance to the semifinals of the Australian Open where he will face the Greek Tsitsipas. The Russian was in tow practically the entire duel and suffered greatly against the Canadian, who through his explosive serve and his self-confidence had the number two in the world on the ropes. After the duel, with the microphone in hand, Medvedev He was clear about who inspired him to create his great comeback: “I don’t know if people will like the answer, but I told myself what Novak (Djokovic) would do and how he would deal with that situation.”

A 35-year-old mother has given birth quadruplets in a labor that lasted only five minutes at the General University Hospital of Elche. The happy outcome of the birth occurred last Saturday, January 22, between 9:10 p.m. and 9:15 p.m., and the two girls and the two boys weighed less than two kilos. Now, they are progressing favorably in the neonatal ICU, which is a reference in the departments of Orihuela, Torrevieja, Vinalopó and IMED.

The armies of Ukraine and Russia, David against Goliath

Despite the fact that the size and population of Ukraine are considerable (somewhat larger than Spain and just over 41 million inhabitants), a military clash with Russia, with which it shares a 1,200-kilometre border, would be completely disproportionate. Ukraine has the third largest army in Europe -255,000 active military, and one million reservists, according to the specialized website Armedforces.ue, which obtains its data from information provided by governments and the CIA. But Russia has, according to the same source, 1,154,000 active military, about six times more. At the moment, more than 100,000 uniformed personnel are concentrated on the border with Ukraine.

A daughter of Botín, investigated as a possible victim of fraud after acquiring an Iberian sculpture

It all started with the ‘Harmakhis’ operation in 2018, an investigation by the National Police on the trade in works looted by Daesh in Libya, which resulted in the arrest of two Catalan antique dealers. This was followed by the accusation of Paloma Botín, daughter of the deceased banker, for the acquisition of a piece from the same individuals: a sculpture of an Iberian lioness from the 6th century BC, that came from the looting of an archaeological site between Córdoba and Jaén. Now, the same court that investigated her considers that she could have been scammed.