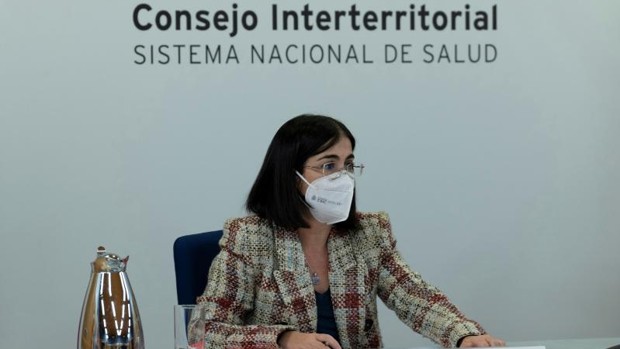 The latest news today, in the best headlines of the day that ABC makes available to all users. All the news of Thursday, January 27 with a complete summary that you cannot miss:

Health confirms the presence in Spain of Ómicron ‘stealth’

It has wreaked havoc in countries like Denmark and the United Kingdom, where the number of cases has been increasing day after day, and now it seems that the ‘stealth’ variant, the Ómicron sublineage, has reached Spain.

As everything indicated, the General Council of the Judiciary (CGPJ) has today confirmed its Total and forceful rejection of the draft housing law that the Government intends to approve to intervene in the real estate market in Spain. This has been confirmed this morning after the CGPJ Plenary approved by 15 votes to 6 the presentation entrusted to Enrique Lucas and José Antonio Ballestero, members proposed by the PNV and PP, respectively.

As ABC has learned, the members who have voted against of the majority report are Cuesta himself, Concepción Sáez, Rafael Mozo, Clara Martínez de Careaga, Pilar Sepúlveda and Mar Cabrejas.

Ultimatum from ERC, Bildu, CUP and BNG to the Government: they will vote “no” on the labor reform if it does not “fix” the law

Ultimatum of the partners. ERC, Bildu, CUP and BNG They stood up this Thursday before the coalition government and demand to “correct” the text of the labor reform. A law that they continue to see very similar to that of the Popular Party of 2012. In his opinion, with its modifications it would respond “to the majority social demand to expand labor rights.” They admit an attempt by Yolanda Díaz in the last few days, in compliance with the norm with CEOE and unions, but they emphasize that the PSOE’s closure due to its collusion with the Employers’ Association makes an agreement impossible. The Minister of Labor still trapped between a rock and a hard place.

The Ministry of Education has prepared a document of 24 «reform proposals for the improvement of the teaching profession». This is the name of the report that Minister Pilar Alegría debates this Thursday with autonomous communities and unions and which ABC has accessed.

Coronavirus: The EMA authorizes the use of Paxlovid, Pfizer’s antiviral against severe Covid-19

The European Medicines Agency (EMA) has given its conditional marketing authorization for the medicine known as Paxlovid, manufactured by the pharmaceutical company Pfizer, as a treatment to combat Covid-19 in adult patients with mild or moderate infection. This drug had already been authorized in December by the US Food and Drug Administration (FDA) and already used in the UK and Israel.

The hard expert report of Betis that accuses Lopetegui: “Fall to the ground”

The expert report on which Real Betis has based a large part of its allegations before the Competition Committee and the appeal before the Appeal Committee to avoid the closing sanction against Benito Villamarín includes many sequences about what happened in the bench area during the minutes after the attack with the PVC stick on Joan Jordán’s head. In them, Julen Lopetegui, coach of Sevilla, and his dialogue with his footballer, as El Chiringuito de Mega anticipated.

The Generalitat Valenciana maintains all the restrictions in force due to the coronavirus and will extend the requirement of the covid passport until february 28 in all the spaces in which it is currently requested -hospitality and leisure- if it has the endorsement of the Superior Court of Justice, whose authorization has already been requested.