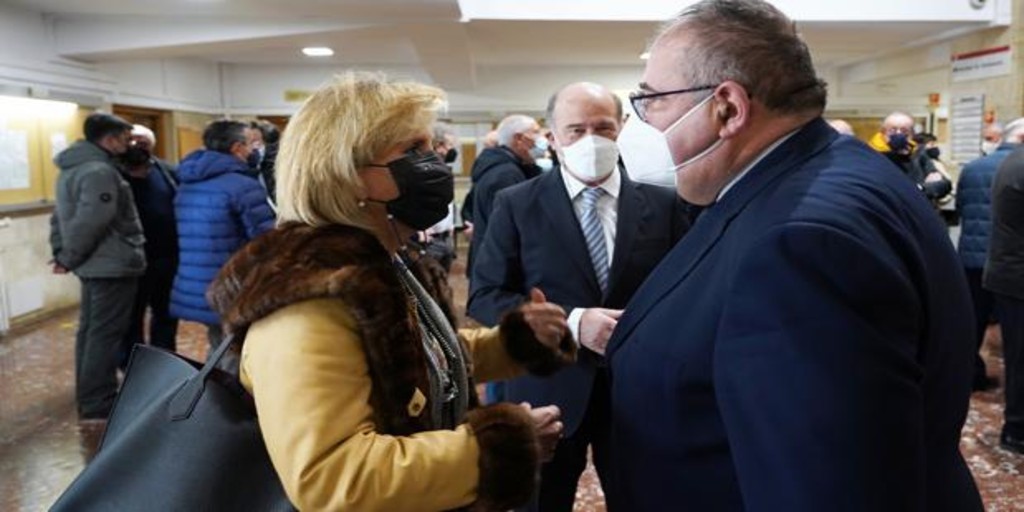 The President of the Council of the Medical Profession of Castilla y León, José Luis Díaz Villarig, Yesterday, he demanded a pact for health from all the parties that are running for the elections on February 13, since he assured that the health system of Castilla y León is “in danger”, as equity in care in the Community has been broken and Not having the necessary professionals.

This forum that represents the medical community brought together representatives of the PSOE, PP, Ciudadanos, Podemos and UPL at the Faculty of Medicine. The Socialists offered a “radical change”, while the popular ones prioritized dialogue with health professionals to tackle problems and improve care, and Cs opted for planning and ordering resources, as well as increasing public investment.

Villarig asked everyone for “dialogue and consensus” and offered “extreme collaboration” to face “a difficult situation” since he considered the pandemic has covered up the problems, although he indicated that it has also shown “the seams” and the role representing the doctor.

In this way, the president of the Council of the Medical Profession placed as the main axes of the new government’s health policy “very important issues” such as Primary Care, the Primary-Hospitals-Emergencies relationship and areas of difficult coverage. In relation to the places of difficult coverage, of which the Community has “many”. For this reason, he stated that “probably difficult” political measures are necessary, but added that this population cannot be left with assistance that is very different from the rest, reports Ical.

The response of the formations was varied. From the PSOE The socialist Diego Moreno proposed a “radical change” of an “outdated” framework that has led to the “collapse of health care.” Thus, he opted for having more health professionals and for increasing investment in public health, while now, in his opinion, “too many spaces” are created for private health, and as an example he gave the tests awarded to two companies of exalted positions of the PP. He also opted to correct “imbalances” such as the fact that some provinces do not have radiotherapy, and in others such as Segovia there is no second hospital infrastructure.

On behalf of the Popular Party, the number two candidate for Burgos and Minister of Health, Alejandro Vázquez, stressed that the climate of dialogue, trust and participation of medical and nursing professionals must be recovered, without which in his opinion it is “impossible” to address any issue and have “quality” assistance. He recalled that they have “wide knowledge” and a “very important wealth of information” that can help them solve problems.

On behalf of Ciudadanos, the former Minister of Health Verónica Casado opted for a debate on “true” health policies, because she assured that “people cannot be deceived”, with the opening of rural clinics when the Community has 2,300 doctors and 3,666 offices and 94,000 square kilometers. In addition, he pointed out that all of Castilla y León is an area of ​​difficult coverage because there are no doctors and defended the need to really finance healthcare.

Although it is “the moment of the matches,” he said, Villarig did not miss the opportunity to take a stand and reproach what until a few weeks ago was the team of the Ministry of Health and with which he has starred in more than one confrontation. In this line, he assured, that the “arrogance” and “arrogance” in the stage of Verónica Casado was “far superior, of course, to dialogue and consensus” with professional medical organizations.

Some accusations that had a reply from the same podium, with the former counselor as a representative of Ciudadanos defending a dialogue with almost 900 professionals who work in hospitals and health centers, although perhaps there was not so much with the “domes” For this reason, he preferred not to enter into disqualifications and regretted that “someone” had entered his office to tell him: “You are going to be a counselor for as long as I want.”