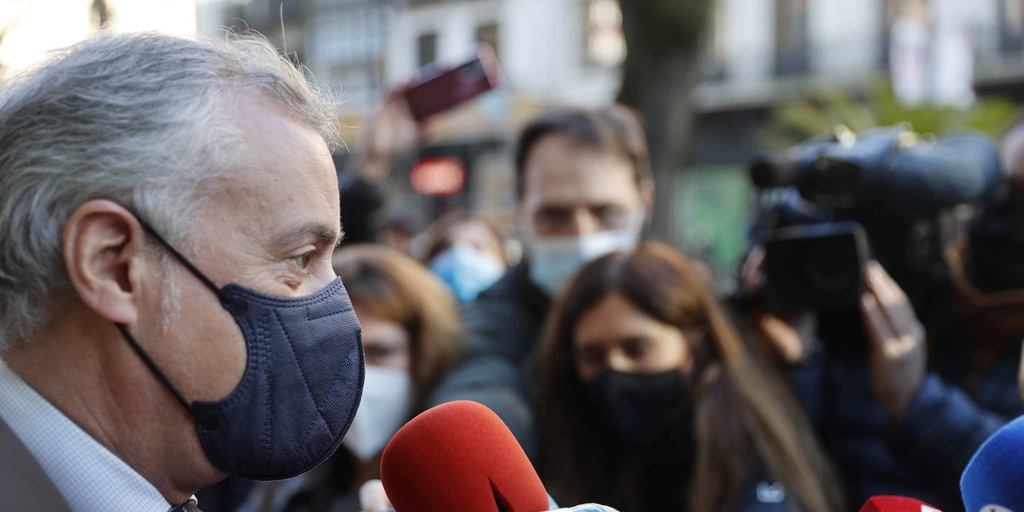 Urkullu could eliminate the Covid passport from Monday

The decree that ordered the early closure of the hotel industry at the end of the year and the capacity restrictions expire this Friday. The one who declared the Covid passport will do so next Monday. The Lehendakari, Inigo Urkullu, is studying convening this Friday the Advisory Council of the Civil Protection Plan, known as LABI, which will review the measures and could eliminate the obligation of the Covid passport.

Urkullu assured upon arrival at the event that he had planned this Monday that are analyzing “all the circumstancess». With these words, he has hinted that his government is rethinking the effectiveness of the Covid passport, now mandatory to access catering establishments, gyms or hospitals.

The measure has not managed to prevent the explosion of infections in this sixth wave.

In addition, extending it would mean having to go again to the High Court of Justice of the Basque Country to request authorization. For this reason, it is not ruled out that the Executive of Urkullu follows the example of Cantabria or Asturias and eliminates its obligation.

Regarding the rest of the restrictions in force, Urkullu has not given any clues about what his decision will be. Three days before the end of the year, the closure of all commercial, social and cultural activity was decreed at one in the morning, which in practice affects local restaurants and nightclubs. In addition, consumption standing at the bar is prohibited and groups of more than ten people cannot be seated at the tables.

The more than likely review of these measures coincides with a moment in which the sixth wave begins to show a change in trend. The accumulated incidence has been on the decline for several days, although it is partly due to the lower number of tests that are carried out after the last change in protocol. Hospitals are also already reflecting this improvement. Care pressure has dropped by 25% and ICU occupancy has been significantly reduced.