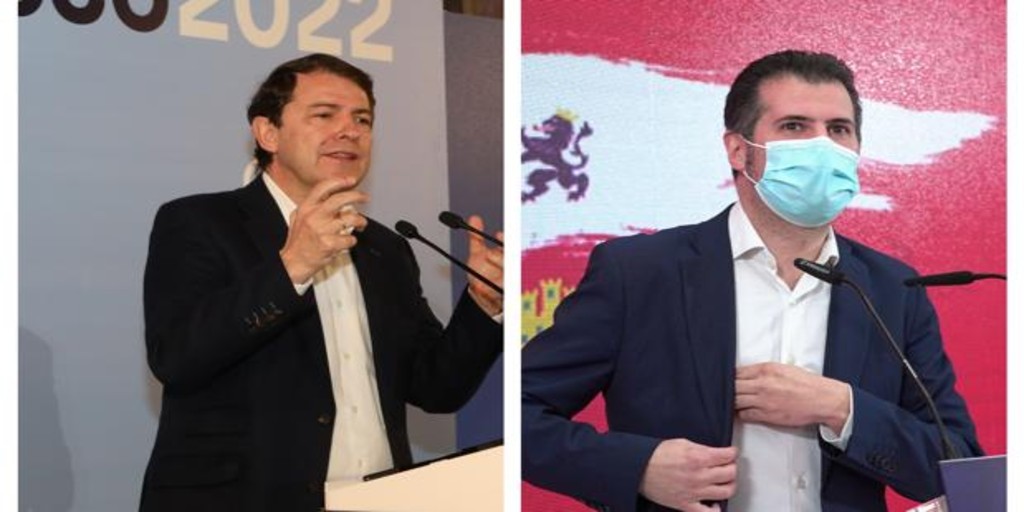 The political parties that attend the 13F elections are making known the offer with which they want to convince citizens that they are the best option to govern Castilla y León. It is the electoral program, that accumulation of promises and good intentions to attract that percentage of the undecided population, because for those who are convinced no more arguments are needed. Yesterday, the two main political organizations of the Community, PP and PSOE, presented their set of proposals which, in the case of the first, puts birth policies among its star measures, while, in the second, equality is, in a transversal way, the “absolute priority”.

The popular candidate, Alfonso Fernández Mañueco, chose the Palencia municipality of Becerril de Campos, to report, in the church of San Pedro, converted into a cultural space, a program made up of a thousand measures, twelve of which would see the light of day immediately if managed to form a government.

The first is the implementation of the ‘baby check’ for each birth or adoption that occurs in the Community and that would be 1,500 euros in the case of the first child; 2,000, in the second, and 2,500 in the third, with the exception that the amounts will be increased by 40 percent in rural municipalities.

“No one is going to give us lessons on effective and decisive policies with families,” said Mañueco in clear reference to Vox, while committing an investment of 1,800 million euros for an entire legislature in actions related to family support. In this sense, he also highlighted the free Crecemos program, for the care of children from zero to three years old in the villages. Other of the first actions included in the program go through housing aid to cover 50% of the rent in general, up to 60 percent for young people and 75 percent in rural areas. At this point, he explained that the next legislature will be able to emancipate more than 30,000 young people thanks to an investment of 35 million euros. In addition, the regional administration will guarantee 20 percent of the housing mortgage.

A shock plan to put an end to waiting lists, the hospital infrastructure plan, the rural development and competitiveness law to shield public services, the already announced tax cuts or an internationalization plan to increase by fifteen percent exporting companies are other measures exposed by the popular candidate. To these are added the joint declaration of a stable framework to improve the balance between the different links in the food chain or the investments to reach 30,000 hectares of irrigated land and 150,000 hectares of land concentration. Mañueco addressed the self-employed group in particular to tell them that “in the face of Sánchez’s incompetence and lack of sensitivity, because those who have suffered the most in the pandemic have their quotas raised, something absolutely inexplicable, we are by your side.” For this reason, it announced a zero quota for new self-employed in the first 18 months, and 30 months in the case of municipalities with less than 5,000 inhabitants.

In addition to all these measures, the PP candidate promised to “work to have the highest budget in history, without shortcuts and blackmail that interrupt, because this land needs it.” The highest was the one that, precisely, could not be approved in the Autonomous Courts and caused the PP-C coalition government to blow up by not agreeing, the popular ones, to the demands of Por Ávila to give their support to these accounts.

Some already figured in one way or another in the program with which two and a half years ago he went to the polls, others have been incorporated into his portfolio of demands during the two legislatures that the socialist caucus has led in Parliament and some more they are born, he says, from “consensus and “dialogue” with civil society. A total of one hundred measures make up the bulk of the program with which the socialist Luis Tudanca presents himself to the voter on February 13. Some commitments in which he warns that there are no “offers” or “old unfulfilled promises”, but opposition work behind his back that “now it’s time to put into practice” and do it from “co-governance” with local entities. And indeed there are no big announcements among a program that it defines as “serious” and “coherent” and that for the most part includes the classic demands of the socialists. Examples are some of those that slip into what would be his “first ten decisions” to conquer the Presidency of the Board on 13-F, such as free textbooks, recovery of 35 hours for public employees , actions against the closure of rural bank offices, direct aid for the sectors most affected by the crisis -with a budget of 163 million euros- or the opening of all local clinics with face-to-face care by a doctor and nurse and a guarantee of assistance in less than 48 hours.

Among these first commitments, the implementation of several plans stands out, such as one for Economic and Social Recovery for Castilla y León -which aspires to close in consensus with economic and social agents, local entities and political groups-, a second focused on the Industrial Promotion and Reindustrialization of Castilla y León -to be approved in the first 100 days- and a Strategy for the Retention and Return of Young Talent so that “they can have their first job and create a life project”. To them is added a program to decentralize the administration between the different provinces of the Community and a law against depopulation, with the demographic challenge as one of the “pillars” of the electoral program.

Although it is not in his decalogue, in his first days he would have to designate what would be his Governing Council, which already warns that it would be “joint” and in which he will not be responsible for the portfolio of Family and Equal Opportunities -or equivalent- who manages the equality policies but him as president, with a commitment to conciliation and the elimination of the wage gap. Incentives for job creation or a public stock of a thousand homes are some of the most outstanding measures of a program that also sets commitments in the health field, such as maximum waiting list times, oral health in the portfolio of services and a new model of primary care to “agree” with the sector. “Commitments” all of them with the recovery after the pandemic and on which Tudanca pivots the “construction of the Castilla y León of the future” at the “vanguard of growth”.