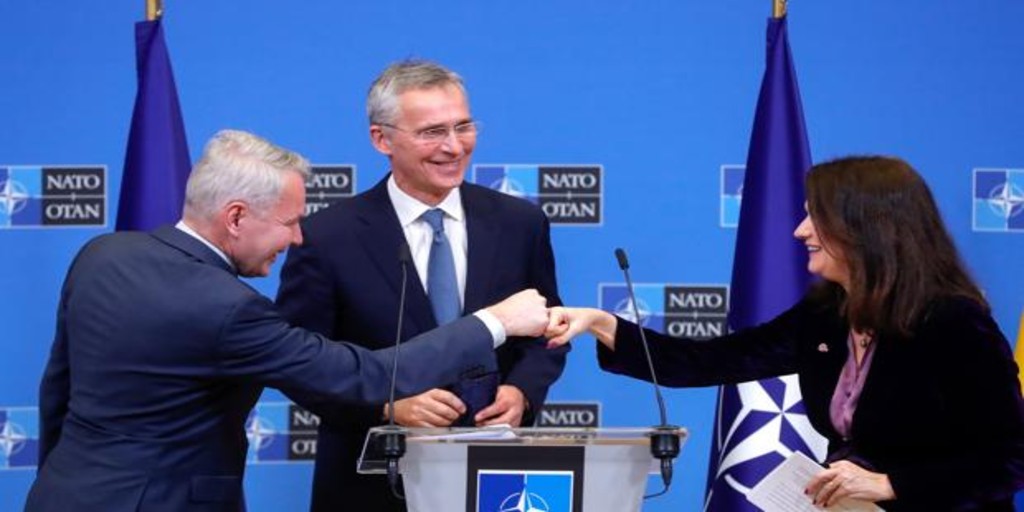 Be informed about today’s news It is essential to know the world around us. But, if you don’t have too much time, ABC makes available to those readers who want it, the best summary of the Wednesday, 26, January right here:

From the fiasco in Afghanistan to the possible entry of Sweden and Finland: the ‘Putin effect’ relaunches NATO

When Europe holds its breath in the face of the escalation of the conflict between Kyiv and Moscow by the Ukrainian East, at war since 2014, the plans of Vladimir Putin they may end up rescuing, paradoxically, the enemy that it wants to distance at all costs from what it considers “the Russian sphere of influence”: the North Atlantic Treaty Organization (NATO).

The President of France, Emmanuel Macron, will not allow the slightest crack in the position that Germany and France will maintain in the negotiations of the so-called Normandy format, which will take to talk on the phone with the president of Russia, Vladimir Putin, on Friday morning, to present him with a model of de-escalation on the Ukrainian border.

Cressida Dick, the police officer who could put Johnson on the ropes

“Today is a historic day in London.” These were the words he spoke on February 22, 2017 Sadiq Khan, the mayor of the capital, when Cressida Dick she was appointed as Scotland Yard’s first chief commissioner. Since then, her time as head of one of the most recognized police forces in the world has been full of significant moments, and also of important controversies in which her resignation has been demanded, although she has never given in. Now this 60-year-old woman, born in Oxford to an academic father and mother, It is the one that can finish putting Prime Minister Boris Johnson on the ropes, who faces the most difficult moment of his mandate with several scandals in tow.

The denialist guru of the Bolsonaro family and the main reference of the Brazilian extreme right, the astrologer Olavo de Carvalho, died a victim of Covid-19 in Virginia, United States, where he lived for almost two decades. The controversial thinker, who considered himself a philosopher, denied the existence of the virus and died without being vaccinated at the age of 74.

“Russia has a long history of using measures other than military action to carry out aggression,” US President Joe Biden said last week. One of the main assets in this sense is to affect the supply of natural gas to Europe, which runs through Ukraine. The possibility that the Russian president, Vladimir Putin, closes or further reduces the gas tap – it has already fallen by half compared to its normal volume – is one of the great concerns in European countries, in the midst of a winter with prices fired energy. About a third of the gas consumed in the region comes from Russia and if Putin, amid tensions on the border with Ukraine, takes the measure, winter and spring could be very long in Europe.

The United States Coast Guard has informed this Tuesday of the disappearance of 39 people after a shipwreck that left the Bimini Islands in the Bahamas and that, due to bad weather conditions, capsized off the coast of Florida.

Second day of black smoke in the election for the President of the Republic. Most of the votes were blank (527), as happened in the first ballot, a blank that reflects the impotence, fragmentation and fragility of Italian politics, unable to achieve a sufficient majority to elect the head of state, although the debate has been dragging on for months. At the end of a convulsive day, there is still no consensus between the political forces, because neither the center right nor the center left have enough numbers for one of their candidates to have a majority, that is, 673 votes, two thirds of the 1009 voters, in the first three ballots, and 505 from the fourth ballot on Thursday. The prime minister, Mario Draghi, remains in the field as the favorite, but his candidacy for the Quirinal does not take off.