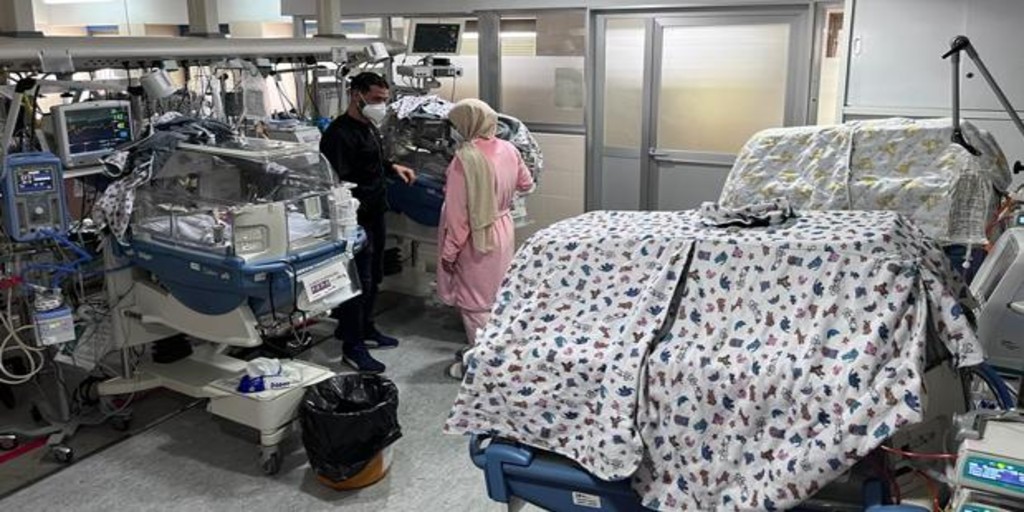 A 35-year-old mother has given birth quadruplets in a labor that lasted only five minutes at the General University Hospital of Elche. The happy outcome of the birth occurred last Saturday, January 22, between 9:10 p.m. and 9:15 p.m., and the two girls and the two boys weighed less than two kilos. Now, they are progressing favorably in the neonatal ICU, which is a reference in the departments of Orihuela, Torrevieja, Vinalopó and IMED.

This patient has been treated by the Fetal Pathophysiology unit of the Elche hospital, whose professionals have managed to carry the pregnancy until the four newborns had chances of survival without sequelae. Once born, the maturation treatment babies who are admitted to the neonatal ICU, where they evolve satisfactorily.

Both Zineb Moubarak and his marido, Tarik HanaouiThey are very happy with the delivery. The parents of the quadruplets reside in Crevillent (Alicante).

It is a delivery derived from the Vinalopó Hospital, since the General Hospital of Elche is a reference center for the department of Orihuela, Torrevieja, Vinalopó and IMED, as these areas do not have neonatal ICUs.

The Elche center receives patients from these departments as well as from others in the area, especially with regard to multiple and premature births. In 2021, she attended a total of 41 multiple births: 40 twins and one triplet.