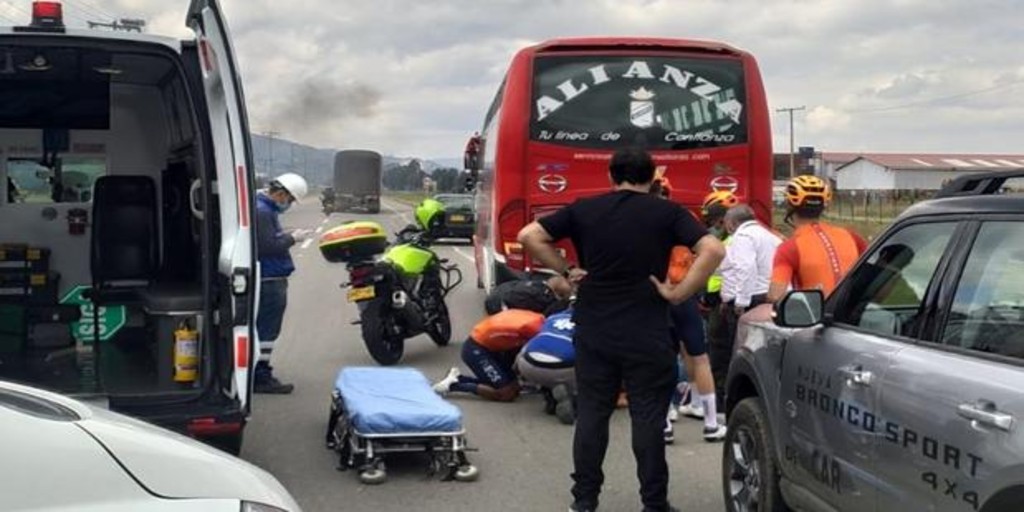 Egan Bernal, successfully operated on his spine and several fractures after his accident

the colombian cyclist Egan Bernal, from Team INEOS-Grenadiers, has undergone “successful” surgery on his spine and several fractures to his femur and patella this morning after suffering an accident with a bus on Monday while training in his country, and remains in the Unit of Intensive Care (ICU).

“The neurosurgery intervention carried out on Egan Bernal Gómez culminated successfully,” the University Clinic of La Sabana de Chía (Colombia) reported after the last of the operations in a statement on the status of the case. winner of the Tour de France in 2019 and the Giro d’Italia in 2021.

As confirmed by his team on Monday, Bernal crashed into a stationary bus while training on the road in the vicinity of the municipality of Gachancipá and several cervical and thoracic injuries occurred in the skeletal muscle and in the lower limbs.

This morning, several operations were performed, including “osteosynthesis of a right subtrochanteric comminuted femur fracture”, “osteosynthesis of an ipsilateral open fracture of the patella” and a “thoracostomy with drainage due to hemopneumothorax secondary to thoracic trauma”.

However, the most complicated came hours later, a thoracic spine surgery. “The Neurosurgery group performed a reduction of a fracture dislocation from level T5 to T6 with traumatic disc herniation,” reported the medical center.

“Under constant intraoperative monitoring of evoked potentials, instrumentation was achieved from T3 to T8, maintaining intact neurological integrity and preserving the functionality of the segments involved,” he added.

Now the 25-year-old runner is left pending how “its progressive evolution is in the next 72 hours” in the Intensive Care Unit (ICU). “Furthermore, we immediately began the rehabilitation process to achieve the best possible results with our patient,” he said.

The serious accident suffered and its consequences commit the entire season of the Colombian, who planned to defend his Giro d’Italia title and storm the Tour de France podium again. While the world of sports and Colombians in general have shown their support and concern for the state of the runner.

One of the first to send encouragement to Bernal was his compatriot, also a cyclist, Nairo Quintana. The former Movistar team runner suffered a similar accident, also while training in Colombia in July 2020, and which caused polytrauma to his knee. «Prompt recovery in his surgeries. May all the interventions they are doing go well, “he wished.

another cyclist, Rigoberto Uran, leader of the EF Education-EasyPost team, wished his rival a speedy and successful recovery: “Now you are in a race that you are going to be victorious.”

From the world of football, the message of the Rayo Vallecano striker stood out Radamel Falcao, who in the same way opted for a “prompt and successful recovery” of the cyclist. “All of Colombia is with you in this painful moment. Let’s protect and take care of cyclists on all roads in Colombia,” added ‘el tigre’ on the social network Twitter.

They also discussed the incident. President Iván Duque and former President Juan Manuel Santos. “We wish our beloved champion Egan Bernal a speedy recovery after the accident he suffered while training with his teammates. We trust that his state of health will evolve satisfactorily and that he can continue reaping triumphs for Colombia, “said the first. While the second shared: «Everyone praying for Egan Bernal. Our champion will come out ahead.”