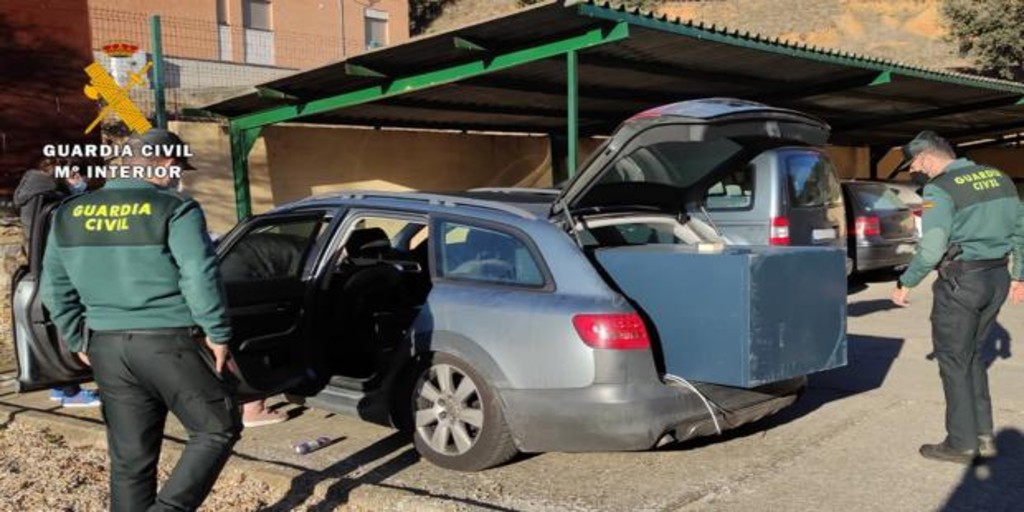 The Civil Guard has arrested one of the two men who took the safe from a bank branch in Mombuey (Zamora). The Benemérita Services Operations Center received a call at four in the morning alerting of a possible robbery at a bank in Camarzana de Tera and the patrols that attended verified that the thieves had not managed to gain access to the interior of the branch.

While the case was still being investigated, the Civil Guard received a call from the 112 Emergency Service and from the bank’s alarm system company, which They reported another robbery in a bank, this time, in Mombuey. In addition, several calls from residents of that town were recorded that provided “important data” for subsequent efforts, according to sources from the Zamora Command.

While they traveled the route between Camarzana de Tera and Mombuey, the agents crossed paths with the vehicles allegedly involved in the robbery and began the pursuit. After several follow-ups on the highway and on the N-525 road, several patrols cornered one of the vehicles near the Camarzana soccer field, which had the stolen safe inside it, with the back door open.

The occupants fled on foot and separately., persecuted by the civil guards of Camarzana de Tera and Villardeciervos, as well as by agents of a patrol from the Traffic Detachment of Puebla de Sanabria, but they managed to stop a man of Spanish nationality. Despite the fact that a wide deployment of units was organized throughout the region, the second thief managed to escape.

The proceedings initiated and the detainee were placed at the disposal of the Benavente Investigating Court, which ordered his entry into prison, avoidable on bail of 5,000 euros.