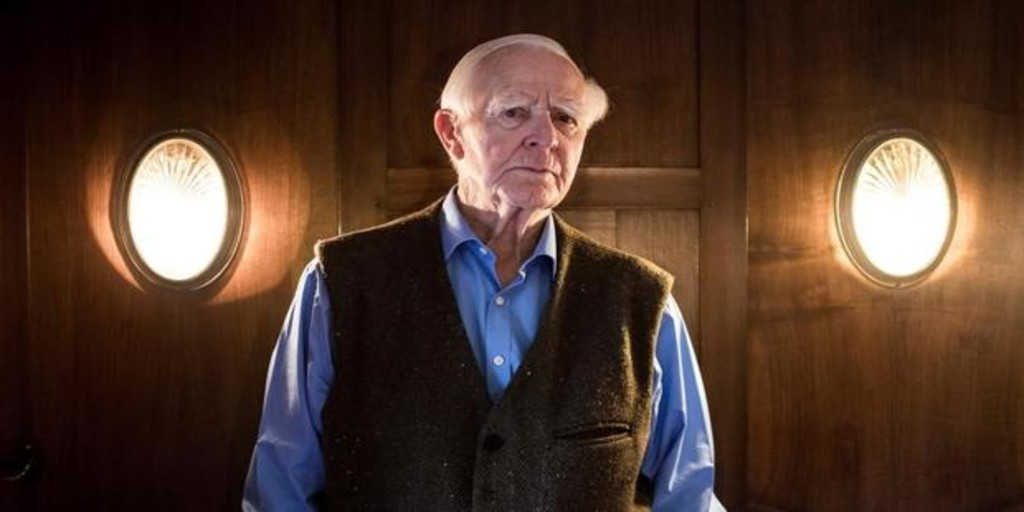 John le Carré wrote the last pages of ‘Project Silverview’ in 2014, but for some reason that he never explained, he decided not to publish the book. He went to his grave in December 2020. The novel has just been published in Spanish to the delight of its many readers, including myself. His youngest son revised and edited the text, which, according to him, was finished.

The story he tells is that of a spy who betrays his country because his ideas, or rather his feelings, contradict his work. The entire story is told from the point of view of an executive who has abandoned his lucrative job in the City to open

a bookstore in the south of England.

The novel is magnificent, it is written with his usual mastery and is on a par with the best Le Carré. His own son Nick wonders in the epilogue why his father wanted the work to remain in a drawer until his death. The answer he ventures is that the narrative offers a very negative perspective of the British secret services in which he had served and to which he had always remained faithful.

The hypothesis seems likely to me because in his last years Le Carré was very critical of his country’s foreign policy, even becoming Irish nationals to protest Brexit shortly before he died. But he didn’t want to hurt the body to which he had dedicated four years of his life.

‘Project Silverview’ starkly poses the dilemma of spies who stop believing in the cause for which they work or simply, like Kim Philby, who pretend what they are not to serve another master. When Le Carré reproached Philby in Moscow for being a traitor, Philby replied that he had always served his true homeland: the Soviet Union.

Gordievsky, Poliakov, Blunt, Nunn May and others went over to the enemy side simply because they believed they were doing the right thing. They risked their lives and their freedom for the faith in ideals. But Aldrich Ames betrayed his CIA colleagues and handed them over to the KGB for money. He wanted to live better and dazzle his new wife.

Therefore, betrayal can be a form of fidelity and fidelity becomes a betrayal when one discovers that one is on the wrong side. The protagonist of Le Carré’s last novel is like Philby: he reaches the conviction that it is more honorable to serve the enemy than the one who has recruited him.

The doubt that ‘Project Silverview’ raises in me is that perhaps we are facing a posthumous self-confession by the author, who realized that he had been a pawn in the hands of his bosses and that they had used him for very little noble purposes. But Le Carré died without saying a word or publishing this mysterious book that everyone can interpret as they like.