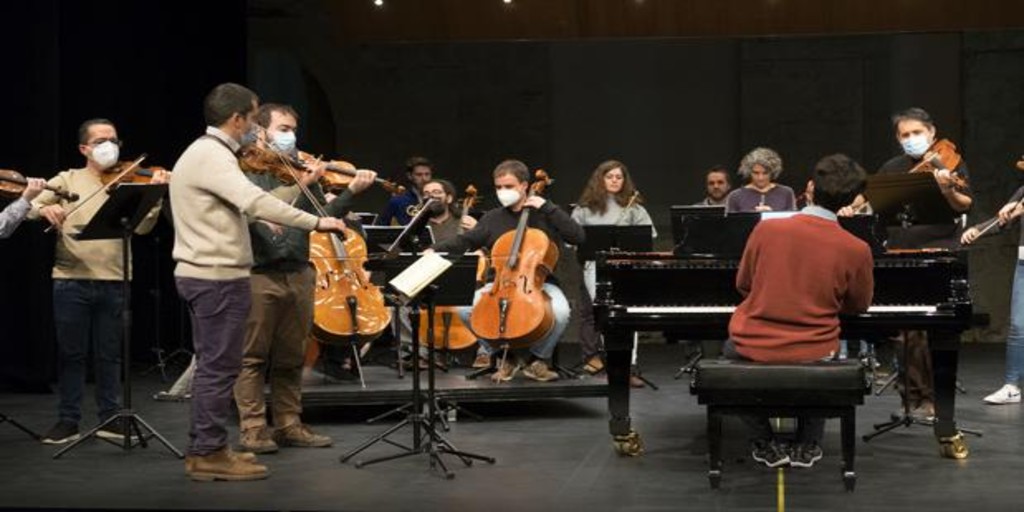 The renowned pianist of international prestige Juan Pérez Floristán will star this Monday in the founding concert of the Liceo Theater Classical Orchestra. As reported by the Mayor of Salamanca, Carlos García Carbayo, during the presentation, the new formation was born within the framework of the celebration of the twentieth anniversary of the European Capital of Culture as a resident orchestra in one of the buildings built for such event and that today remain in the city, the Liceo, located in the middle of Calle Toro.

“Then we began a path of no return that has brought us to what we are today: a city that lives by and for culture,” said the mayor, highlighting that there have been “many” programs that have been launched in the capital of the Tormes during these years, “consolidating itself on the international scene as a cultural city.”

Thus, he described as “one more step” on this path the concert that will take place this Monday afternoon at the Liceo.

A group that was born with more than thirty musicians, although with flexibility in the number of components depending on the event. The orchestra will star in two concerts within the Soloist Chamber Music Cycle promoted by the Salamanca City of Culture and Knowledge Foundation. “All of its components have proven quality and, in one way or another, have some connection with Salamanca,” said the councilor, who defined the “exciting” project as “one of the cultural imprints of this year.”

The orchestra’s coordinator, Juan José Diego, explained that the project was born with a vocation for continuity and the intention, therefore, of “fulfilling many years”. In addition, he pointed out its status as a “beautiful, stimulating and attractive” initiative in aA city that has two music conservatories, one of them in Castilla y León, in addition to a municipal school and a great tradition in this field, informs Ical.

«If we are able to maintain this over time, Salamanca can become a benchmark city in the national and international music scene. There is enough potential to put together a high-quality orchestra”, highlighted Diego, who recognized that the project conceived during the pandemic had to be postponed until circumstances allowed it. “It is not a symphony orchestra, it is a classical template, although it is prepared to grow,” he clarified.

The artistic direction of the work corresponds to Marc Oliú, who has explained that the idea of ​​putting together an orchestra in Salamanca has been on the level of intentions and rumour-mongering for years. However, now it has materialized because the city has many professionals who “asked for such an exit”. «The idea is to offer a repertoire within classicism, which allows us to be very versatile according to the needs we have and what we see as most interesting depending on the staff we have«, Oliú has also pointed out, who has baundated in the importance of have musicians linked to Salamanca.