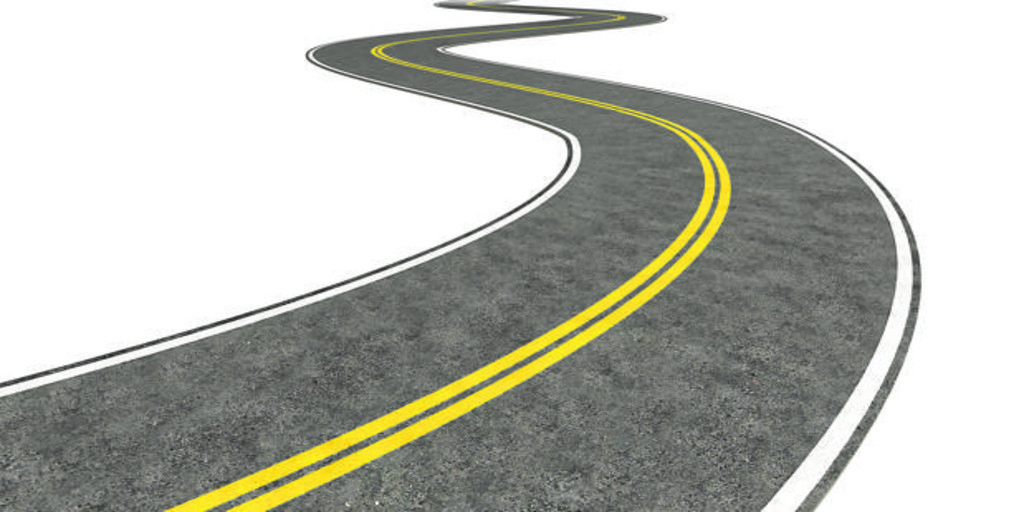 The new times are going strong in terms of sustainability and everything indicates that they will do so on very different surfaces: heat-reducing, solar, depolluting pavements or intelligent roads capable of managing traffic to reduce CO2 emissions, they lead us in favor of the planet and the health of people.

Yes, even energy can be generated under our feet. Two years ago, three childhood friends who had studied industrial engineering in Seville launched a pioneering initiative: Solum, a photovoltaic pavement capable of converting sunlight into energy to power and recharge the batteries of electric vehicles such as bicycles and scooters. . Luis Munoz, Carlos Rodriguez and Antonio Cabrera They left their jobs in Sweden, Australia and the United States to return to their hometown and apply their vision of the future in the field of sustainable mobility.

«The reality is that many cities do not have the necessary infrastructure to integrate the volume of vehicles that circulate in them. More than 13 million users have nowhere to leave and charge their personal mobility vehicle, which has caused images of disorder due to accumulation or poor disposal,” explains Muñoz.

So they were clear about the need to create recharging stations with clean energy using one of the largest available spaces in cities: the ground. «Each Solum station, with about 6 square meters of solar tiles, saves an average of about three tons of C02 per year and generates more than 1 MWh», explains Muñoz, who also points out that tiles are already being installed to recharge energy from security cameras or advertising panels. This solar floor, resistant to footsteps and traffic, has an internal storage system that guarantees uninterrupted electricity supply. From Solum they explain that they have been pioneers and only two more companies, one French and one Hungarian, have launched a similar technology. “The difference is that we are committed to the least possible impact and the tiles can be installed on the pavement without the need for major works or investments,” says Muñoz.

Solar pavement is one of the great bets of the city of Barcelona. In Plaça de Glòries, 50 square meters have been installed that will generate electricity that is fed into the general network, in a commitment to self-generation and self-consumption. “The installation will generate 7,560 kWh/year, the annual consumption of three homes, and will be monitored in real time to control the efficiency of the system,” he explains. Eloi Badia, Councilor for Climate Emergency and Ecological Transition.

But the Ciudad Condal has adopted more innovative solutions at ground level: on the Paseo de la Verneda, the new pavement is made with non-reusable plastics, which represents a reduction of 17 tons of CO2 compared to if it had been manufactured in the traditional way. 4,500 kilos of plastic that could not be recycled have been used, the equivalent of 3,000 household garbage bags full of plastic. «In another of the streets, a new pavement has been installed that mitigates the effects of climate change by reducing the temperature and, in addition, reduces noise pollution. A pilot test that has been carried out in collaboration with the European project Life Heatland, carried out in a pioneering way in the region of Murcia”, says Badia, who points out that these innovations do not have to be applied in an entire city, but in the areas where provide added value. For example, a sound-reducing floor is perfect for hospitals, schools or nursing homes. “We are creating an Urban Lab, the city is an excellent laboratory for testing new technologies and we are aware of the great potential that land has as a space for transformation towards more sustainable cities”, states Eloi Badia.

Francisco Moral, head of the area of ​​energy and insulation at the Technological Center of the Region of Murcia (CTCON) and coordinator of this European project with which it has been possible to reduce the temperature by an average of 10 degrees, save energy and reduce noise pollution. “This reflective pavement replaces the dark bitumen with a beige synthetic binder that does not absorb as much heat as traditional asphalt. In addition, the aggregates incorporated are smaller, so that by reducing the roughness, noise pollution is also reduced,” he explains. Francisco Morales, who points out that «in Murcia we have about 22,000 square meters of this pavement and it has shown that it is a fantastic solution to combat the heat island effect that occurs in cities. In addition, it improves comfort when driving and visibility conditions at night, since it offers the same brightness with less light power than streetlights, which promotes not only better visibility for drivers but also savings in energy consumption. », Moral sentence. This project, co-financed by the Life Environment and Climate Action program of the EU, is made up of CTCON, the construction company CHM Obras e Infraestructuras, the Murcia City Council, the Regional Federation of Construction Entrepreneurs of the Region of Murcia (FRECOM) and the Slovenian Construction Cluster (SGG-CCS).

Also in Spain, ecoGranic, a technology developed and patented by the Pavimentos de Tudela (PVT) company, contributes to the elimination of pollutants from the atmosphere through a process similar to that carried out by plants. A soil that only needs sunlight to “convert harmful gases into compounds that are harmless to health and the environment through a natural oxidation process free of chemical agents and with an inexhaustible effect over time”, he explains. Edurne Fuentes, Director of R+D+i and Quality at PVT. A proven technology: paving the surface of a soccer field eliminates the pollution generated by more than 4,000 cars in a year.

The ‘smart roads’, roads that incorporate advanced technology, allow to increase safety and driving efficiency by reducing greenhouse gas emissions. Ferrovial has been betting on this: “In the US we have highways that control congestion through dynamic rates. But at the same time that we improve our algorithms to manage traffic jams, we work on the digitization of our infrastructures and, specifically. in communications and new road sensors. These, like those that are being deployed in autonomous vehicles, will make it possible to identify all incidents and obstacles so that they can be communicated in real time and with total reliability so that drivers or the vehicles themselves can make decisions about driving instantly”, Explain Paul Fernando, director of innovation at Cintra, for whom «although smart roads seem like a fad, the truth is that we are at a critical point, progress has been made in telecommunications and vehicle technology. Now is when it is worth investigating and investing to modernize our transport networks and be more competitive, in five years we will still be late».

And he anticipates that Ferrovial will also investigate pavements for charging electric vehicles by induction. An initiative in which Stellentis is immersed, which is already testing this technology on the Italian “Arena del Futuro” circuit, which would eliminate the need to transport large-capacity batteries.