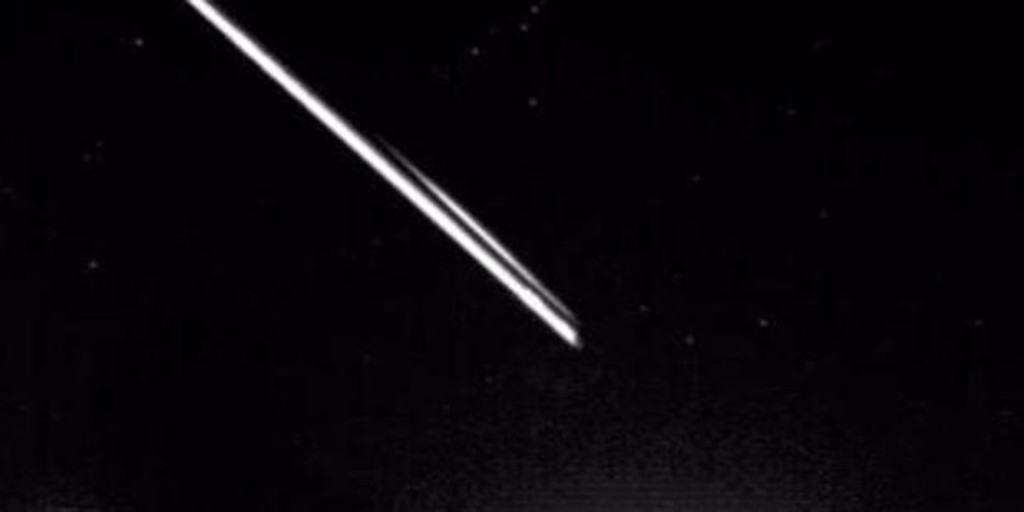 The detectors of the Southwest European Fireball and Meteor Network (SWEMN Network) that operates at the La Hita Astronomical Complex in La Villa de Don Fadrique (Toledo) recorded a “spectacular and slow ball of fire” that crossed the night sky , as a consequence of the re-entry into the Earth’s atmosphere at high speed of an artificial satellite.

These detectors work within the framework of the SMART Project, which is coordinated by the Institute of Astrophysics of Andalusia (IAA-CSIC) with the aim of continuously monitoring the sky to record and study the impact of rocks from different objects in the Earth on the Earth’s atmosphere. Solar System, the Toledo complex has informed in a press release.

These same detectors also have the ability to detect the re-entry of artificial satellites and various types of space debris into the atmosphere.

the ball of fire generated by satellite reentry It has also been recorded by the detectors that this same research project has installed in the observatories of Calar Alto (Almería), La Sagra (Granada), Seville and Sierra Nevada (Granada).

This phenomenon has been analyzed by the researcher responsible for the SMART Project, the astrophysicist Jose Maria Madiedo of the Institute of Astrophysics of Andalusia (IAA-CSIC). This preliminary analysis, which has also included the data provided by some of the witnesses, has made it possible to determine that the satellite that caused the fireball entered the Earth’s atmosphere at a speed of about 27,000 kilometers per hour.

The image shows the trajectory of the fireball, which crossed the entire Peninsula according to the preliminary analysis that has been carried out on this case @tiempobrasero@A3News@EFEciencia@europapress@20m@elCorreoWeb@RamonRMM@EPandaluciapic.twitter.com/bRxjfaCTQs

It would be a satellite Starlink that the company SpaceX launched into orbit on January 24, 2021 in order to provide Internet communications. The satellite had a mass of about 260 kilos.

The sudden friction with the atmosphere at this enormous speed caused the object to become incandescent, thus generating a fireball that began at an altitude of about 100 kilometers over a point located north of Morocco, almost on the border with Algeria. From there it moved in a north-westerly direction. Along its trajectory, the satellite was fragmenting, so several fireballs could be seen advancing in parallel as each of these fragments became incandescent.

According to the information available at the moment, the fireball would have crossed the entire Peninsula and finally would have crossed Asturias, ending its trajectory over the Cantabrian Sea. Therefore, any possible fragment of the satellite that had survived its sudden passage through the Earth’s atmosphere would have fallen into the sea. However, this case is still under study in case new information could serve to obtain more data about the event.