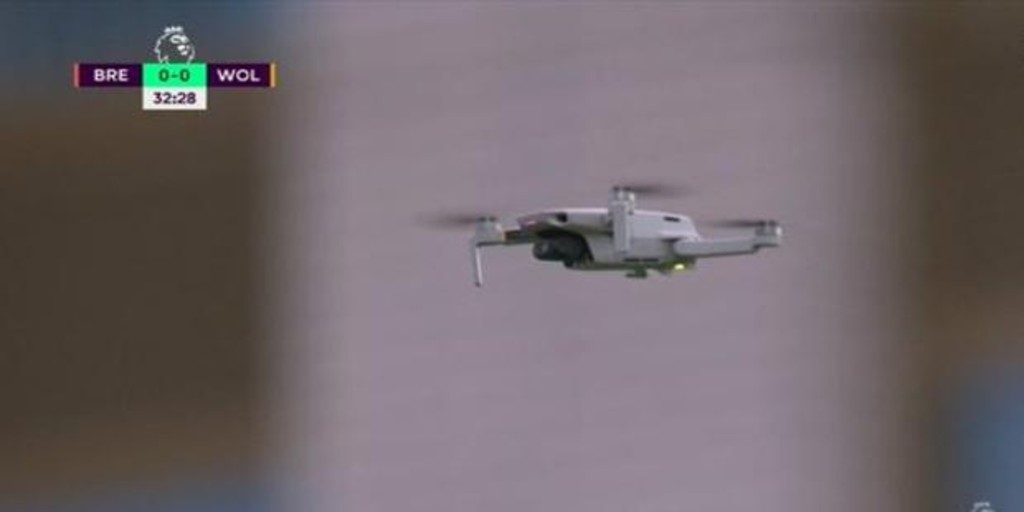 The Brentford-Wolves, 20 minutes stopped by the threat of a suspicious drone

The match of the Premier League between Brentford and Wolverhampton Wanderers had an unexpected protagonist, who was neither on the pitch nor in the stands, but flying over the Community Stadium, and left one of the images of the football day in Europe.

The shock had to be suspended for almost 20 minutes after the unauthorized artifact appeared flying over the field of play, compromising the safety of soccer players and spectators.

The events occurred when the scoreboard indicated approximately half an hour of play, and a 0-0. It was referee Peter Bankes who asked the players to return to the locker room of the stadium.

Once the problem was solved, with the drone shot down, the players of both teams returned to the field of play for a short warm-up and the game resumed.