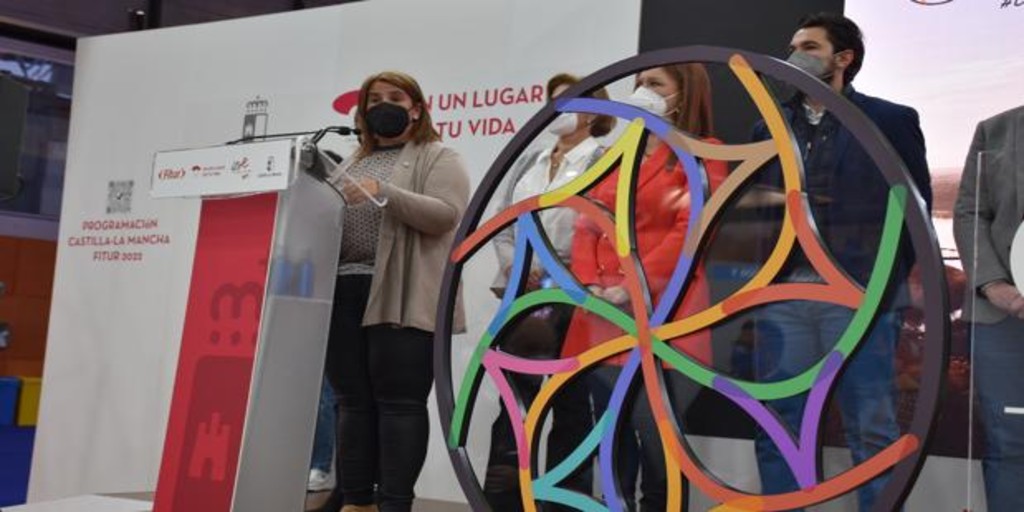 The mayor of Talavera de la Reina, Tita García Élez, presented this Sunday the new tourism brand that opens the doors of the city’s historic complex to tourists and visitors from all over the world. A completely renewed image, which has been exhibited at the International Tourism Fair (Fitur).

García Élez has exhibited the new logo with which it is intended “to promote this sector from an innovative perspective, creating an integrated tourist offer, which encourages tourists to come for the first time, but also to return to those who already know it”, has said. «Talavera and tourism are two realities united through the Historic Complex of the city, which keeps a great historical heritage, a craft tradition, sheltered by the Tagus River and other symbols that history has left, such as the wall and the albarrana towers» .

This was stated by the mayor during the presentation of Talavera’s tourist offer at the 42nd edition of Fitur in the Castilla-La Mancha pavilion, where the city has its own stand dedicated to ceramics and its artisanal processes declared Heritage Intangible Cultural Heritage of Humanity by UNESCO.

The new tourist image «Talavera Historical Ensemble» it brings together the “soul of the city” with heritage and history symbolizing the past, present and future of the city. In addition, this 2022, the City of Ceramics arrives at Fitur with the recently released honor of being Smart and Sustainable Tourism Destination, after joining the Network of Smart Tourist Destinations in Spain, a drive to promote sustainable tourism through innovation and technology.

Now the city can be identified through its tourist sign that has been based on the rose window of the church of La Colegial, as one of the symbols of the historical complex. The design encompasses the closure of the walled enclosure, while the interior lines that interconnect represent the confluence of the streets. The colors are based on festivals or traditional pottery.

On the other hand, it has been advanced that from this new image all the city’s signage will be unified, adding information totems, signage plates on the ground and fixed night light projections.

Nor has it forgotten other aspects by which the tourist offer has gained in quality and potential, such as in the gastronomic field; chef Carlos Maldonado has managed to put Talavera at the top of gastronomy and the avant-garde, obtaining the Michelin Star with his Restaurant ‘Raíces’, which has also been valued by the Club de Gourmets Magazine as the best restaurant in the country. But not only that, Talavera was also declared in 2021 as the best national tourist destination for traveling with pets in the ‘TravelGuau’ Awards.

In an effort to continue maintaining traditions and heritage as an essence, Tita García Élez has encouraged visitors to live the experience of ceramic workshops, which can be visited by the craftsmen. It is a project of the Tierras de Cerámica Association and the Talavera City Council that will make it possible to visit a dozen Talavera workshops. Soon, an information brochure will be available at the Talavera Tourist Office or on the TurismoTalavera.com website.