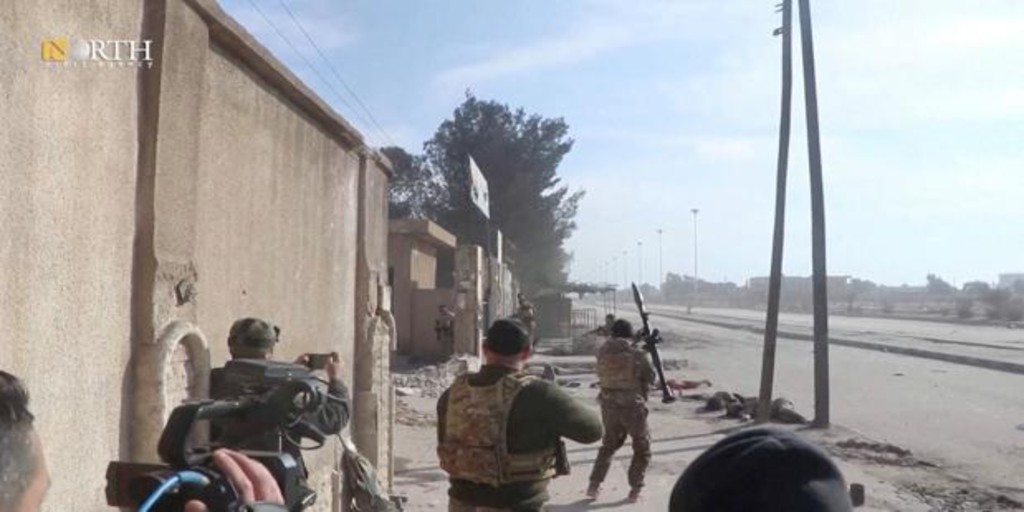 At least 123 people, the vast majority of fighters, have died in four days of clashes that continued this Sunday in Syria between the jihadist group Islamic State (IS) and Kurdish forces, triggered by an Islamist attack on a prison.

Thousands of civilians were displaced by the clashes around the Ghwayran prison and its surroundings, in the northeast of the country, one of the largest jihadist prisons in Syria, guarded by Kurdish forces.

Since the assault on the prison launched Thursday night by some 100 IS fighters to free his companions, “77 jihadists and 39 Kurdish fighters were killed,” as well as seven civilians, said the Syrian Observatory for Human Rights (OSDH).

This attack is the largest since IS was defeated in Syria in 2019 by the Kurdish-dominated Syrian Democratic Forces (SDF), backed by the US-led international anti-jihadist coalition.

Thousands of jihadists are detained in the north and northeast of the country, territories partly controlled by the Kurdish authorities. But the IS continues to manage to launch bloody attacks thanks to its clandestine cells.

The prison, located in the city of Hassaké, houses some 3,500 IS members, including the group’s leaders, according to this NGO, which has a wide network of sources in Syria.

The war in Syria, triggered in 2011 by the repression of pro-democracy demonstrators, has been complicated over the years with the involvement of regional and international powers, in a context of jihadist emergency. The conflict has caused half a million deaths, devastated the country’s infrastructure and forced millions of people to flee their homes to flee the fighting.