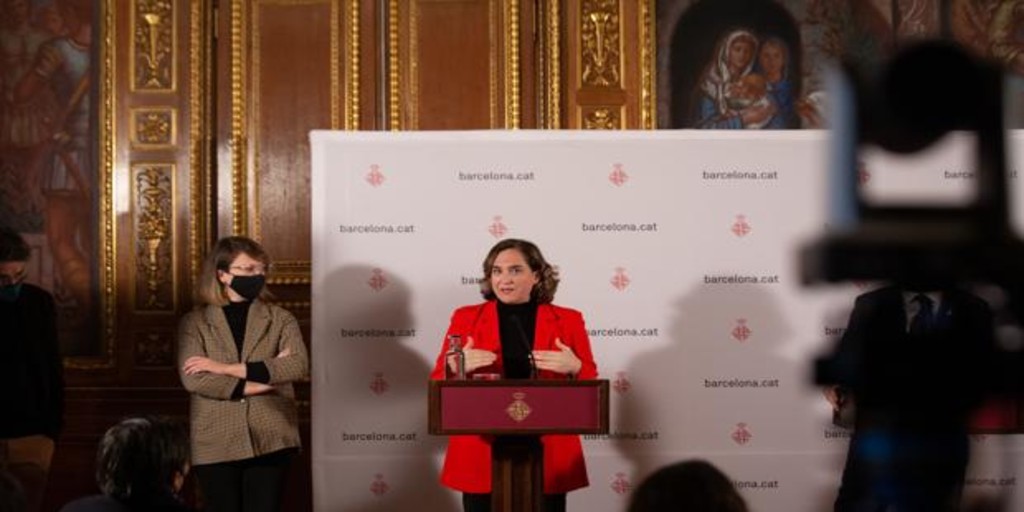 History will remember Inmaculada Colau Ballano as the Fandi of tocomocho municipalism: knee, media circus and banderillas. Or you won’t remember it. Colau, Immaculate like Murillo’s, also has her phobias with paintings. Specifically with those of the head of state, which was another of those controversies of his City Council: where nothingness formed a sorority with itself and then told us about ‘parlem’ all dressed in white like a ‘juanramoniana’ bride in that Catalan autumn.

With their pissing ‘performances’ and everything, going to Barceloneta had its I don’t know what of Caracas by taxi in Spanish: the Chinese plague had not yet arrived and in Barcelona the street vendors had planned -or set up- a cross-class union, with

fake Dior bags and no Falete CD in the stall. It happens that now, presumably, Colau has set up a rinse for his more his own and she, so dignified and so fair for what interests her, has said that she has no record of such a blow.

That a robed man calls her Immaculate in March is the least of it; the rest, as Pemán said of the Jerez Fair, is the jaleíllo, the sale, the ‘here’. And it is that we had forgotten Colau; to her, dove/white dove of her hope. Threshold was right when he said that despair always stemmed from a “sad town hall reason.” Like life itself. Like Colau with his beach bar that hides the King, he turns Barcelona into the worst Tangier, and on top of that there will be those who applaud him.

While all of Christ puts his hand in the box, what Colau and friends are passing and suffering from that disease that is oblivion. Colau was and is; and in this of the co-capitality it is necessary to see with whom one plays the quarters. Before the mask, one night of San Juan, I toured Barcelona in sandals and it was pure disaster. Then I went up to Carmelo, where the Pijoaparte, and reconciled from above with a city in which the Cobi – another one – was its best mayor seen from a distance. Colau sneaks it in (sic) and sneaks his people in.

Musa of the first evictions, saw that from the megaphone, to Heaven.