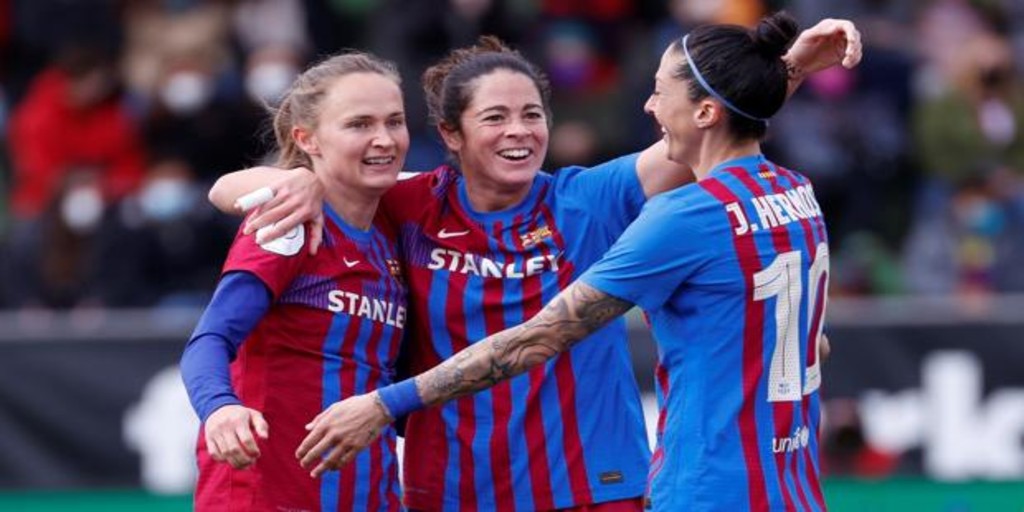 The Barcelona Soccer Club won this Sunday Spanish Super Cup 2022 after overwhelming Atlético de Madrid 7-0, in a final where he had to share his leading role for the title with Virginia Torrecilla, finally back on the pitch after overcoming cancer.

The Balearic player was able to enjoy the last minutes of a final that had no color. Cheered by fans and entertained by teammates and rivals, his ’14’ returned to walk around a field almost two years after doing it for the last time in March 2020 with the Spanish team. Months later, he had to undergo surgery to have a brain tumor removed and now, once recovered, he can smile again at his main passion, although he could not celebrate it with a joy in the form of a title because the Blaugrana were relentless .

The European champion took out his most overwhelming version and the victory was already well on track before the first half hour of play. In that space of time, they completely subdued Atlético, who couldn’t even score despite having good options in a more open second half. Barça locked up their rival from the start, supported by possession and their physique, with Alexia Putellas, who despite her bandage on her left knee and the mattress guard, kept the tempo of the duel.

In this way, the 1-0 was not long in coming and it came through Barça’s set-piece fortress. Rölfo finished off a corner kick and Lindahl’s save, Lola Gallardo’s replacement in goal, only postponed the goal because the rebound sent it into the Engen net, the novelty in Jonatan Giráldez’s eleven and that gave even more power in that area to cut off any hint of connection with Deyna Castellanos and a lonely Ludmila da Silva.

The disadvantage did not change the scenario because the leader of the First Iberdrola launched with his usual voracity to close the final as soon as possible and he succeeded. Graham Hansen did not forgive Alexia for a foul on the edge of the area and without Atlético being able to digest the 2-0, the Norwegian pushed it 3-0 after a good internship by Rölfo.

With the defense of the title very complicated, the rojiblancas, who opted to defend with five, stretched a little more and could have their best options in the final stretch. Ludmila da Silva did not find Deyna Castellanos in a run down the right, Carmen Menayo, in the best play of hers, shot over Paños’ crossbar, and the Brazilian striker was unable to impose her strength and run towards the goal for a decisive cut of Engen.

Before there could be any hint of emotion, the Catalan team was responsible for slamming the final door with two brilliant goals as soon as the duel resumed, the work of Rölfo, after a quick free kick that surprised the rojiblancas, and by Hansen, with a header and after stealing the ball out.

Not even the bulk of the scoreboard relaxed Barça, who continued looking for more goals without haste, but without pause and with Alexia, whose figure grew with the passing of the minutes. The expected physical decline for the Blaugrana caused there to be more spaces that allowed Atlético to stretch out with more danger.

Thus, Maitane López had a good option, but his shot came after a good play by Sheila García. Clearer was that of Ludmila da Silva who shot excessively across against Paños and with Bárbara Latorre alone. The final stages had two protagonists, one Virginia Torrecilla, and the other Lieke Martens, who with a double closed the win and the first title of the season.