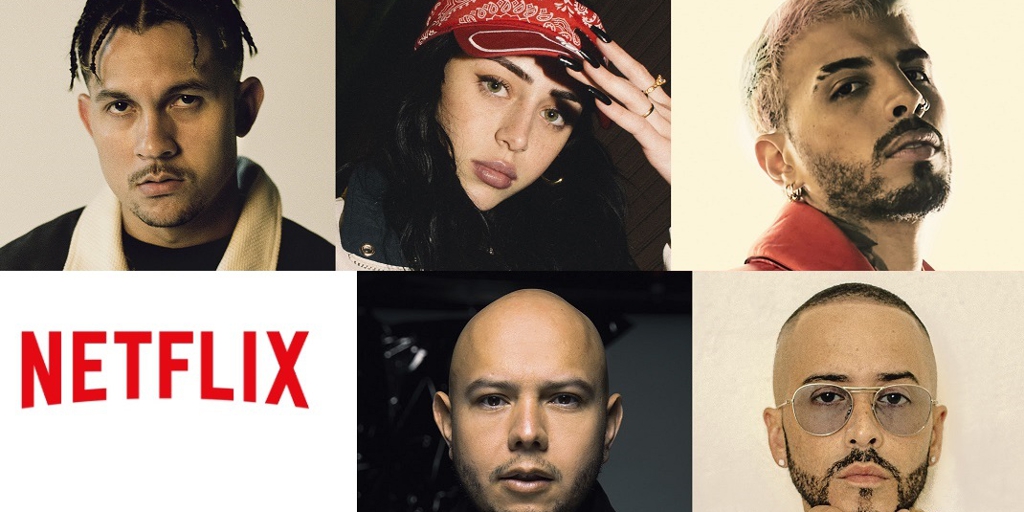 The reggaeton it already has its own ‘Operación Triunfo’. Although the Spanish Television contest is more than open to its sound, this musical genre looks strong and bets on a new reality show that will surely be full of controversies that will increase its popularity to infinity.

And it is that the world superstars Raw Alejandro, Yandel, Nicki Nicole, Tainy, and industry veteran Lex Borrero, have joined forces in the search for the next Latino urban star in ‘At the company’. For the first time, Netflix is conducting an open casting call in Spanish searching throughout Latin America, the United States, and Spain for the most promising new Latino urban talent and will give them the opportunity to become the next global superstar.

Considered one of the biggest stars in the world, Rauw Alejandro, along with reggaeton icon Yandel, current sensation Nicki Nicole and Grammy nominee Lex Borrero, will be the main judges. Tainy, the number one Latin producer, will serve as mentor and music producer/supervisor of the pageant.

Created by Lex Borrero, developed by Howard T. Owens and director Nikki Boella, and produced by Propagate and NTERTAIN, this groundbreaking music competition is the first of its kind, showcasing the best undiscovered Latin urban artists and the culture behind them. has made Latin urban music a global phenomenon. ‘La Firma’ follows the artists’ journeys as they head to Miami letting the cameras roll where no other show dares go, revealing the drama, sweat and tears it takes to become a global superstar. The winning artist will sign with the powerful talent incubator NEON16, one of the most innovative and forward-thinking companies in the music industry.

Aspiring contestants can enter
netflix-tebusca.com to show the judges what they have to offer.

Since his professional debut in 2017, the Puerto Rican singer and songwriter Raw Alejandro he has become a leader of the new generation of Latin artists. His hits like ‘Que Le Dé’ and ‘Fantasías’ have been certified Gold, Platinum, and Multi-Platinum. During the pandemic, he gave a concert before a million viewers live on YouTube from the Coliseo de Puerto Rico, becoming a #1 trend on YouTube in 14 countries. In November 2020 he released his album ‘Afrodisíaco’, which was acclaimed by the specialized press and obtained a Gold Record in the United States and Colombia with hits such as ‘Tattoo’, ‘Tattoo Remix’ with Camilo, ‘Enchule’, ‘ Reloj’ with Anuel AA, and ‘De Cora’ with J Balvin. Rauw went on to have his biggest success to date with the May 2021 release of ‘Todo De Ti’ which has over 783 million streams worldwide. This song stayed at #2 on Spotify’s Global chart for over three weeks, and reached #36 on Billboard’s overall Hot 100 chart. It broke records in Spain with 1.68 million streams in a single day, reaching the top of the popularity charts in Spain, Mexico, Colombia, Chile, Peru, Costa Rica, El Salvador, Guatemala, Panama, Nicaragua, Honduras and the Dominican Republic. In June he released his album ‘Vice Versa’, which also garnered rave reviews and debuted at #3 on Spotify’s Top Debut Albums chart and #1 on Apple Music’s Latin Albums chart.﻿

Also Puerto Rican Yandel He began his professional career in 1998 and has since become a hugely successful urban singer, songwriter, musician and music producer. After becoming a star and achieving a solid fifteen-year career with the duo of Wisin y Yandel, he took a new turn as a solo artist announcing his ‘Yandel La Leyenda VIP Tour’ in 2014, the year he became the first artist of his genre to record a television special for the well-known TV network HBO Latino. Some of his recognitions include two Latin Grammy Awards in 2016 in the categories of Best Urban Fusion and Best Urban Song, Latin American Music Award Album of the Year or the BMI Award. His most recent solo musical production ‘WHO against me 2’ premiered in Summer 2020. In May 2021 he was recognized by the RIAA with 16 Platinum and 4 Gold Certifications.

The 21-year-old Argentine singer, songwriter, rapper and star Nicki Nicole continues to demonstrate his genre-bending prowess on his highly anticipated new album ‘Parte De Mi’, which includes standout tracks like ‘Sabe’ with Rauw Alejandro, ‘Pensamos’ with Mon Laferte, ‘Toa La Vida’, ‘Baby’, and ‘ Part of me’. She has been acclaimed for challenging gender stereotypes, and was recognized in publications such as Vogue and The Guardian, which called her ‘the star who challenges the macho culture of Argentine rap’. She is confirmed for Coachella in April, as one of the first Argentine artists to perform at the festival.

The famous producer and artist Tainy, is the mastermind behind some of music’s most iconic hits. Three-time Grammy nominee, three-time Latin Grammy nominee and multiple BMI award winner, Tainy has produced career-defining hits for countless artists as well as his own, including successful collaborations with Bad Bunny, Julieta Venegas, Camila Cabello , Shawn Mendes and Miguel, amassing more than 3 billion streams combined. Tainy also reigns on Billboard’s Top Latin Producers list, breaking the record for staying at number one for over 115 weeks.