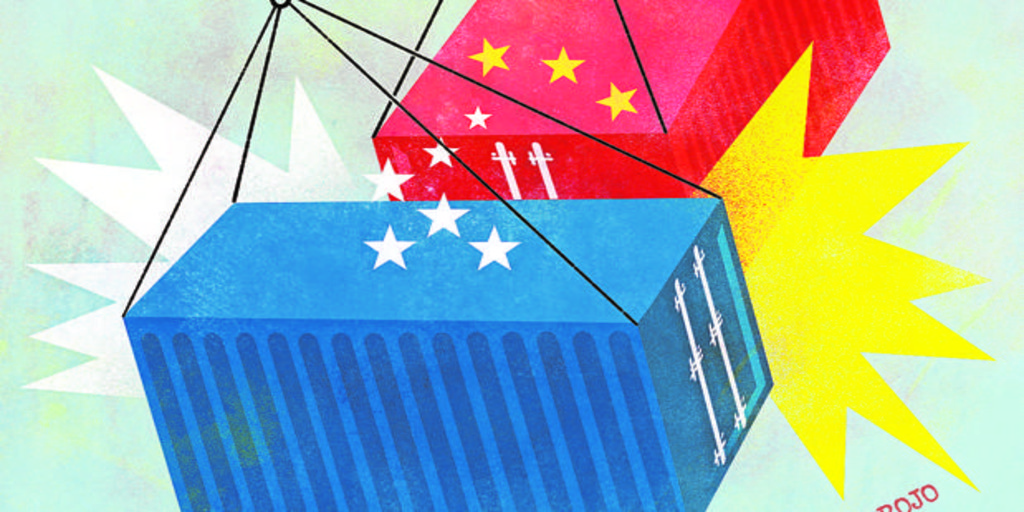 In the United States there are only two topics of conversation: covid and China. Neither Europe, nor the Middle East, and not even Russia’s maneuvers in the Ukraine get an iota of attention. In a country deeply divided between Republicans and Democrats – two sides of similar magnitude that have stopped sharing even the most basic values, including democratic ones – animosity towards China is one of the few things that unites almost all Americans.

To emerge victorious from the rivalry with China, the Americans have to win the technological war, which is why – contrary to the erroneous analysis made by some Spanish media – Silicon Valley champions the policy of harshness against China.

War is not easy: as of 2018, nine of the twenty largest global technology companies are already in China. And while the American technology companies are targeted by their government, the Chinese have the support of theirs, despite government maneuvers against overly powerful companies. Proof of this is the 1.4 trillion dollars that Xi-Jinping is devoting to getting the technological ‘surpass’ to the United States.

The technological race joins the already endemic loss of competitiveness of the United States with China in manufactured products. The Americans estimate this drop in competitiveness in China’s entry into the World Trade Organization (WTO) at the end of 2001, whose approval is seen as a fateful political error by the US government. The calculation at the time was that trade liberalization would lead to a democratization of China, which would be good for the United States. But the political restrictions in China remain the same, or perhaps worse, than twenty years ago.

The classification of China as a developing country in the WTO is one of the things that most upsets American public opinion. The Americans accuse China of systematically flouting international trade rules. They complain that China gives unacceptable subsidies through state-owned companies and banks; that their companies steal US technology with impunity; and that China does not comply with the rulings of the WTO.

Although some of these accusations are true, others are tendentious: China has renounced on many occasions the privileges that come with being a developing country, so that classification has far fewer practical implications than it is intended to be seen in the United States. . It has not complied with some WTO rulings, but neither has the United States. And the Americans accepted China’s entry into the WTO knowing that state-owned companies and banks would be a problem, because they calculated that these dysfunctions could be tackled later; that has not happened not only because of China, but because the United States has stopped promoting new trade negotiations.

Instead of increasing the pressure on China by attacking its bad practices through the international trade legal system, the United States has disregarded that legal order. And they have begun to break the rules themselves: at the time of Trump, the American government imposed tariffs galore, openly violating the rules. To get away with it, they blocked the WTO’s dispute settlement mechanism, which is why cases against those tariffs remain pending. They imposed all kinds of tariffs against China without legal justification. And to round off the play, they negotiated a bilateral agreement with China outside the WTO.

When Biden became president, he changed his tone. But his government continues to maintain unjustifiable measures: unilateral tariffs on steel and aluminum against many countries, and also indiscriminate tariffs against China; continues to uphold the bilateral agreement with China despite finding that China has not complied with it; and continues to block the WTO dispute settlement mechanism. Instead of promoting a technology initiative at the WTO and putting China on the defensive using the international legal order, Biden flirts with ‘de-coupling’ (radically separating technology, semiconductors and digital services from China and the United States) which would put virtually the entire digital world outside the legal purview of the WTO.

Meanwhile, the United States has failed to get any of its allies to join the trade war against China. And this continues without the unilateral American measures making a significant dent: despite the innumerable American tariffs against Chinese imports, in 2021 more Chinese products have been imported into the United States than in 2018, the year in which started the trade war against China. But the fact is that the Chinese government has also gone on the offensive: a few months ago it made a big deal out of the United States requesting adherence to the CPTPP trade agreement, an agreement that paradoxically had been promoted by Obama precisely to unite the countries of the Pacific against China. And a few days ago the RCEP agreement entered into force, the largest in all of human history, with China as the central power.

Because they have abused unilateral measures so much, the Americans have been left without resources to increase trade pressure on China. And all they can do now is trust that President Xi-Jinping’s ‘zero Covid’ policy will drag down the Chinese economy. But Biden should remember that he still has one trick: to retake international trade leadership in the WTO and put China on the ropes through multilateral or plurilateral trade negotiations and strict compliance with the international legal order. This would allow him to unite the traditional allies of the United States against China. And it would divide the trading world sharply into those who play by the rules, led by the United States, and those who don’t, led by China. Some international norms that the American government should never have abandoned and for whose abandonment it will pay a very high price.