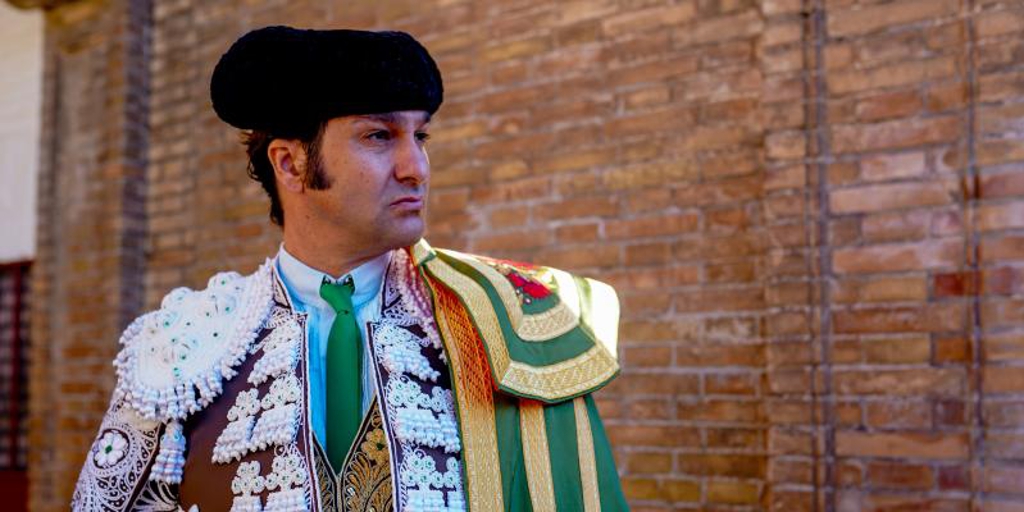 It has not been a surprising decision but it is one of evident justice and opportunity: Jose Antonio Morante de la Puebla has obtained the XIII ABC Bullfighting Award, corresponding to the 2021 season.

He was unanimously chosen by a jury presided over by Santiago de León and Domecq, lieutenant of Hermano Mayor of the Real Maestranza de Caballería de Sevilla, and made up of professionals such as the matador Juan Antonio Ruiz ‘Espartaco’ and the rancher Victorino Martín (who won this award in previous editions), together with well-known amateurs: Andrea Levy, Pilar Vega de Anzo, José María Álvarez del Manzano, Joaquín Moeckel, François Zumbiehl and, on behalf of ABC, Rosario Pérez and Andrés Amorós.

due to the reduced bullfighting activity due to the pandemic. After the exciting return to normality that it meant last season, the right-hander who, in the jury’s opinion, has starred in the most relevant has been rewarded again.

The 2021 season has undoubtedly been Morante’s year. All fans are well aware of the singularity of his art, but this aesthetic dimension has now been joined by a new attitude, a renewed ambition and more regularity. There are not a few who speak, in praise, of a new Morante.

In the award ceremony, the jury has summarized it in “its responsibility to first figure of bullfighting and his commitment to the Festival”, which have been translated into a series of indisputable points: “Special attention to the three thirds and the leadership of the fight; deal with cattle of different encastes, in squares of different categories; his memorable artistic endeavors.

Last season, Morante was the leader for the number of bullfights, 49, since the beginning, in Vistalegre, until the end, in Arenas de San Pedro, where his supporters threw a large number one at him, which he showed, smiling, remembering the gesture that Luis Miguel Dominguín had years ago.

It is not usual for the leader to be a right-hander of the most artistic line. These bullfighters do not usually accept bulls either. different recesses, with the added uncertainty that this entails: Morante himself suffered, in his flesh, with the scant success of his gesture of killing six Prieto de la Cal bulls in El Puerto de Santa María; He also signed up for the Miura bullfight in Seville and resolved the ballot with dignity.

As leading figures have always done, Morante wanted to compete with emerging figures, such as Aguado and Juan Ortega; it accepted to deal in large and small squares, without avoiding the commitment of the main Fairs. It became clear that, in a particularly difficult moment, due to the pandemic, he did not relieve himself but chose the attitude of “pull the cart” of the Fiesta.

In addition, Morante caught on many splendid afternoons and happily finished off his season with two truly unforgettable tasks, in the two most demanding venues: in Seville, in this year’s very unique San Miguel Fair, as long as those in April, and in Madrid’s Autumn Fair. The fans knew how to value his dedication: many think that he has proven to be the bravest of the artist bullfighters.

For this reason, Morante has aroused renewed enthusiasm in audiences throughout Spain. As he humorously declared to ABC, “Those who used to throw me pads, now they give them to me, asking me for an autograph». I told him that he seemed to be enjoying himself more, fighting; that he even smiled, dealing with complicated bulls, and he clarified: «I don’t think it has changed so much. What happens is that bullfighting is not an exact science… Perhaps I have put more effort into it, more enthusiasm than other years, but I have not understood that I am another bullfighter».

He also accepted the evolution of his style: «The truth is that, at the beginning of my career, it was very difficult for me to dominate the bull, due to my aesthetic concept of bullfighting. Little by little, yes, I learned it. Today, I do feel like a powerful bullfighter: with the difficult bull, it is necessary to be so».

No one was surprised, therefore, that this year he obtained the National Bullfighting Award, awarded by a jury appointed by the Ministry of Culture. It seems clear to me that only sectarianism and fear of the reaction of fellow government officials have prevented that same Ministry from forgetting Bullfighting when it came to awarding the Fine Arts Medals, an award that seemed to have been painted for Morante.

Returning to the ABC Bullfighting Award, all the members of the jury expressed, above all, their joy at the resumption of this prestigious award. It is very clear that the defense of a series of values ​​responds to the tradition of the newspaper, among which the Spanish culture, of which Bullfighting is an indisputable part.

In previous years, ABC awarded Miguel Ángel Perera, Sebastián Castella, José María Manzanares and his crew, Victorino Martín, El Cid, Miura, Espartaco and López Simón, the fans -represented by the Infanta Elena-, Juan José Padilla and Andrés Roca King and the bullfighting surgeons; also, to Morante de la Puebla himself, who obtained it in 2016, “for the purity of his style, with classical roots, which has been the happiest expression of bullfighting as art.”

In the meeting of the jury, as is logical, this circumstance has been taken into account. Although the merit of other right-handers has also been valued, the unanimous opinion has been that Morante has deserved it more than anyone and that it was fair, in his case, to repeat the award.

With more than forty years and about to turn twenty-five as an alternative matador, Morante is living a singularly happy stage. (A member of the jury commented: like those football teams that, at a given moment, convert all their shots on goal into goals). He has often commented on his devotion to Joselito the Rooster: now, at last, he is truly imitating him in his attitude of commitment to the Party.

The afternoons of Seville

The latest news also shows it. In San Luis de Potosi, He has just made a real mess, with a very inspired job, in which the long Cordovans, the pairs of banderillas on the jog and even summoning to kill on their knees have surprised… I applaud the gesture of wanting to start his season in the Valero charity festival, a town from Salamanca: its fans will not forget it. I have read that he wants to fight in Seville five afternoons (Easter Sunday, three lanterns and in San Miguel, I suppose) and that Álvaro Domecq’s livestock has requested, to which many figures are disgusted… I hope the gestures continue.

José Antonio Morante received the news of this award, recently arrived from Mexico, last morning, with a slight fever. Despite the fatigue and discomfort, he has dictated this sentence to me: «That the ABC Bullfighting award has fallen on me again has made me feel great joy: thank you!»

As on previous occasions, the meeting of the jury has led to a very pleasant gathering of fans, which, after the ruling, has been joined by the director of ABC, Julian Quiros.

We have commented on the risks that threaten the Festival today: a crazy animalism, taken to its extremes, favored by important international companies. (Rightly so, pointed out the lawyer Joaquín Moeckel that it is not possible to speak of “animal rights”). An increasingly urban Spanish society, unaware of the reality of the fighting bull, in the countryside. Sectarian and fearful politicians, gripped by the fear of irritating their most radical partners…

I aimed accurately Victorino Martin that the rejection of some to Bullfighting is part of a much broader phenomenon: the general crisis of humanist culture, which has guided education from the Greco-Latin classics and the Renaissance until yesterday… I pointed out the striking example of the University of Oxford, which has eliminated all white composers from its music history courses: Bach, Vivaldi, Mozart, Beethoven… Another colleague commented on the nonsense of being able to freely choose the genre…

Does all this have to do with the attacks on bullfighting? Yes it has, although some do not see it. Whether we like it or not, the Festival is part of our traditional heritage, Spain has exported it to France, Portugal and Latin America, and, throughout the world, it is recognized as a hallmark of Spanish culture.

Regardless of the hobbies of each one, this is the reason why ABC maintains this award and its tradition of party support, in a climate of freedom, where everyone can go or not go to the bulls. This has been reiterated, once again, by the director of ABC. The defense of bullfighting is much easier when it is practiced by artists as unique as José Antonio Morante de la Puebla.