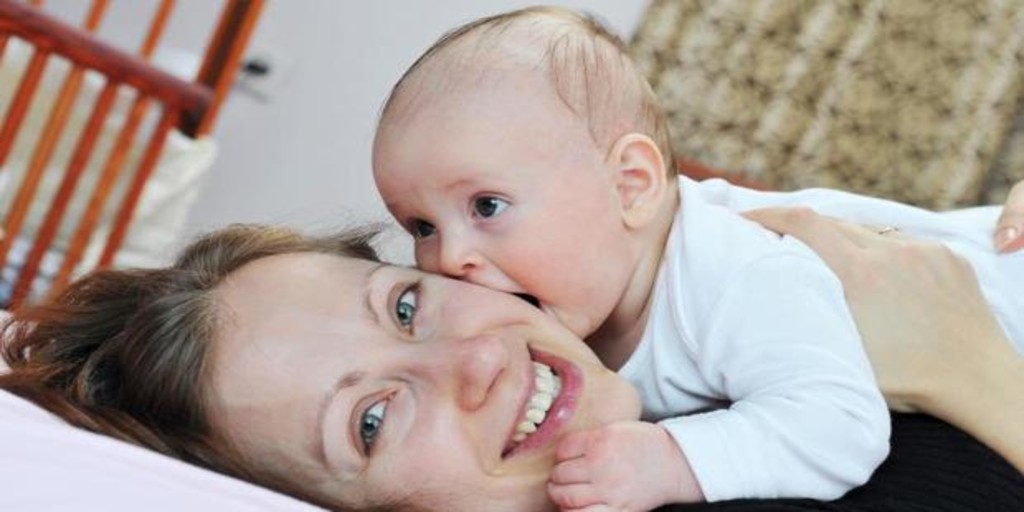 Babies trust the people they exchange saliva with more

Neuroscientists at the Massachusetts Institute of Technology (MIT) have discovered a signal that babies use to identify the most trusted people, those they can count on, without a doubt, for help and care. For children, according to the researchers, saliva is key. The fact of sharing it in kisses, meals or cleaning supposes establishing a close bond. It is not a very hygienic practice in these times of pandemic, but the little ones learn very quickly that where there is slime there is trust.

In the new study, published in the journal Science, researchers showed that babies expect people who share saliva to help each other when one of them is distressed, much more than when people share toys or interact in other ways. that do not involve the exchange of saliva.

The findings suggest that babies may use these cues to try to figure out who around them is most likely to offer them help.

“Infants don’t know in advance which relationships are the closest and most morally binding, so they must have some way of learning this by observing what’s going on around them,” says Rebecca Saxe, a fellow at the McGovern Institute for Brain Research at the MIT and lead author of the new study.

In human societies, people often distinguish between close and distant relationships. The former, which are generally found between family members, present strong levels of attachment, obligation, and mutual responsiveness. Anthropologists have also observed that people in close relationships are more willing to share bodily fluids like saliva.

The researchers then wondered if babies distinguish these types of relationships and if sharing saliva could be a good clue to recognize them. To answer these questions, they observed babies from eight months to one and a half years old as they watched a staged ‘show’ with puppets and human actors.

In the first series of experiments, a puppet shared an orange with an actor and then tossed a ball back and forth with another actor. After the children observed these initial interactions, the researchers looked at their reactions when the puppet displayed distress while sitting between the two actors. Based on an earlier study with nonhuman primates, the researchers hypothesized that infants would first look to the person from whom they expected help. That study showed that when baby monkeys cry, other members of the group look at the baby’s parents, as if waiting for their intervention.

In the experiment, the researchers found that when the puppet displayed distress, children were more likely to look toward the actor who had shared food with the puppet, not the one who had shared a toy.

In a second series of experiments, designed to focus more specifically on saliva, the actor placed his finger in his mouth and then inside the puppet’s mouth, or placed his finger on his forehead and then on the puppet’s forehead. Later, when the actor expressed distress while standing between the two puppets, children watching the video were more likely to look toward the puppet with whom he had shared saliva. For them, it was clear that this is the one who had to lend a hand.

The findings suggest that sharing saliva is likely an important signal that helps babies learn about their own social relationships and those of the people around them.

“The general ability to learn about social relationships is very useful,” says Ashley Thomas of MIT and lead author of the study. “One of the reasons this distinction between close and distant relationships might be important for infants in particular, especially human infants, who are dependent on adults for longer than many other species, is that it might be a good way to to find out who else can provide the help they depend on to survive.”

The researchers conducted their first set of studies shortly before the Covid-19 lockdowns began, with babies who came to the lab with their families. Subsequent experiments were performed via Zoom. The results the researchers saw were similar before and after, confirming that coronavirus-related hygiene issues did not affect the outcome.

“You might ask yourself, did kids start to think very differently about sharing saliva when suddenly everyone was talking about hygiene all the time? So for that question, it’s very helpful that we had an initial data set collected before the pandemic,” says Saxe.

In the future, the researchers hope to conduct similar studies with babies from cultures that have different types of family structures.