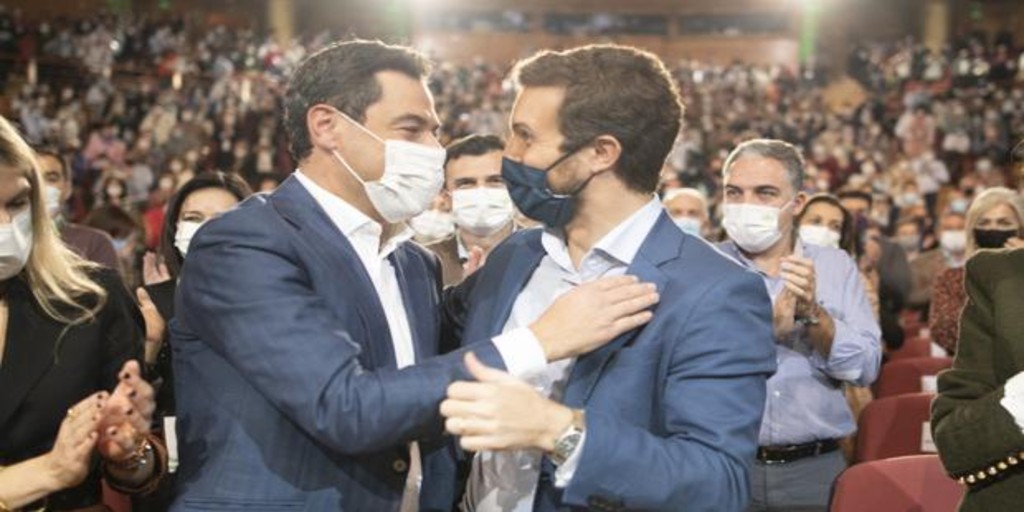 The campaign in Castilla y León smells like a beating from the PP, although that aroma can generate an excess of confidence that impacts abstention and ends up nuancing the result downwards, but the event that will mark the political sign of the year, and such Instead of Sánchez’s destiny, it is the Andalusian elections. And to Juanma Moreno the legislature begins to smell like old rice. He intuits that his initial intention to hurry it up as much as possible implies the risk that the anticipated victory will rot in his hands, so that he is already thinking – he said it yesterday – of shortening the deadlines. From October or more likely June has passed to contemplate the idea of

convene in April or May to take advantage of the momentum of the foreseeable success of his Castilian colleague. Pretexts will not be lacking because the withdrawal of Vox’s support, which has been asking for an advance for months, leaves the Government blocked and without the possibility of completing the mandate’s agenda. Citizens are suffocating and the pandemic, from which the coalition Cabinet has come out quite well so far, evolves into a primary care crisis that reveals the structural cracks in the health system. The current ‘status quo’ is no longer enough and the popular leadership sees more danger in maintaining it than in changing it before the Socialists manage to consolidate the image of their newly elected candidate.

The Andalusian PSOE can never be underestimated. It is a solid party, with a strong social, territorial and institutional implantation – most of the mayors’ offices and six of the eight deputations are theirs – and it does not usually show fissures. The loss of power has left him in shock for a time and with a serious problem of internal factions but after the dismissal of Susana Díaz he is recomposing himself. And although in the regional vote polls it does not manage to recover ground, in general it would still win in more than half of the provinces and would be close to the PP in the rest. This discrimination of the vote favors Moreno… as long as he knows how to manage time and understands that Vox is not going to be moved and that he can only grow through the center. In that effort it is more difficult for him than Mañueco, whose expectations are already propitious from the outset and are increasing thanks to Garzón’s controversy with the ranchers.

With the vitola of favorites in the two communities, a defeat in any of them would be a catastrophe for the popular ones that would leave Pablo Casado’s leadership to the drag and dissipate the perception of Sánchez’s unstoppable wear. Installing in public opinion the awareness of a change in the cycle, of a turn to the right, is the basis of the attack to place the president on the ropes. And the choice of the ‘momentum’ is key in that strategy. As irrelevant as it may seem, a part of the country’s future depends on a decision as trivial in appearance as a date.