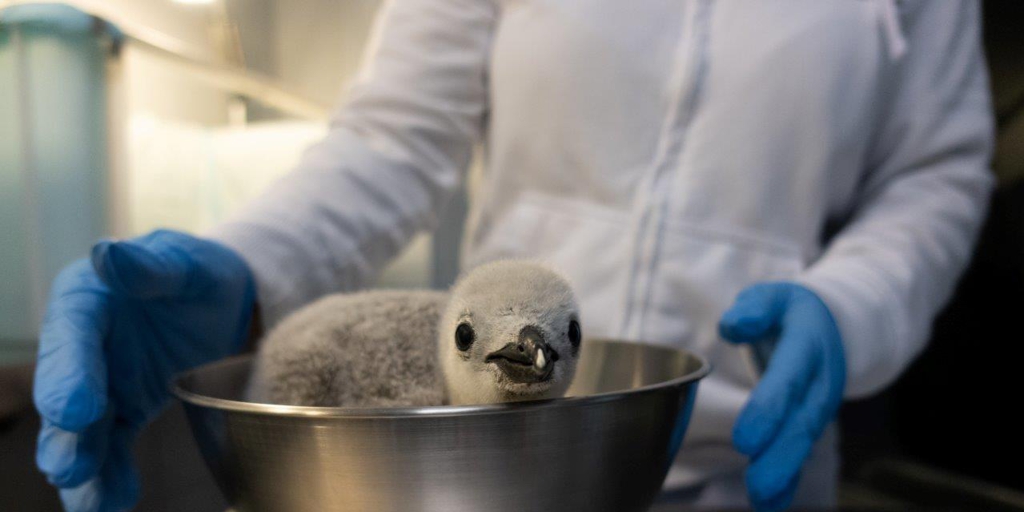 Loro Parque has welcomed 2022 with the best of news and it is that his animal “staff” has grown in recent months with numerous penguin pups of different species. These new tenants of this park in Tenerife delight visitors and fill workers with hope.

In 2021 they were born nine gentoo penguin chicks growing up alongside their parents in the exhibit, as well as two rockhoppers and a chinstrap, who remain on the Baby Penguin where they are being cared for by the Planet Penguin team.

The park celebrates its 50th anniversary with the arrival of these 13 penguin chicks of different species, which for Loro Parque shows how successful its breeding season has been and the state of well-being of the animals in these facilities in Tenerife.

The little Papuans can be seen together with their parents in the exhibition, while the other three specimens can be seen in the Baby Penguin, where they are being monitored as they are much more delicate species, so your birth is a great success because its reproduction is a real challenge.

After this first period of artificial incubation of rockhopper and chinstrap hatchlings, the Baby Penguin’s temperature will gradually drop and then its socialization period, a progressive introduction to the installation so that they become familiar little by little until they are fully integrated into the group.

These births augur a good year at the Loro Parque penguin colony, where every detail matters and, in addition to recreating their natural habitat with the 12 tons of snow that fall in the enclosure daily, the normal light cycles of Antarctica are also respected, now recreating the polar spring, a time of great light and long days.

This information is essential in cases of bailouts by natural disasters or for the design of conservation plans In nature.

In Loro Parque, visitors can learn about these species and the threats they face in the natural environment, becoming aware of how important it is to contribute to their protection.

We are incredibly lucky to have received our first Christmas present!

There are already eggs at Planet Penguin! 🐧

Find out how successful the penguin breeding season has been and immerse yourself in the most Christmassy atmosphere. ❄☃ pic.twitter.com/QebrdI52lQ

Loro Parque regrets that many specimens in the wild are not reproducing due to stress of the changes in their environment, mainly due to the reduction of the frozen space in which they inhabit or the absence of fish to feed on, prevent any guarantee of raising their offspring.