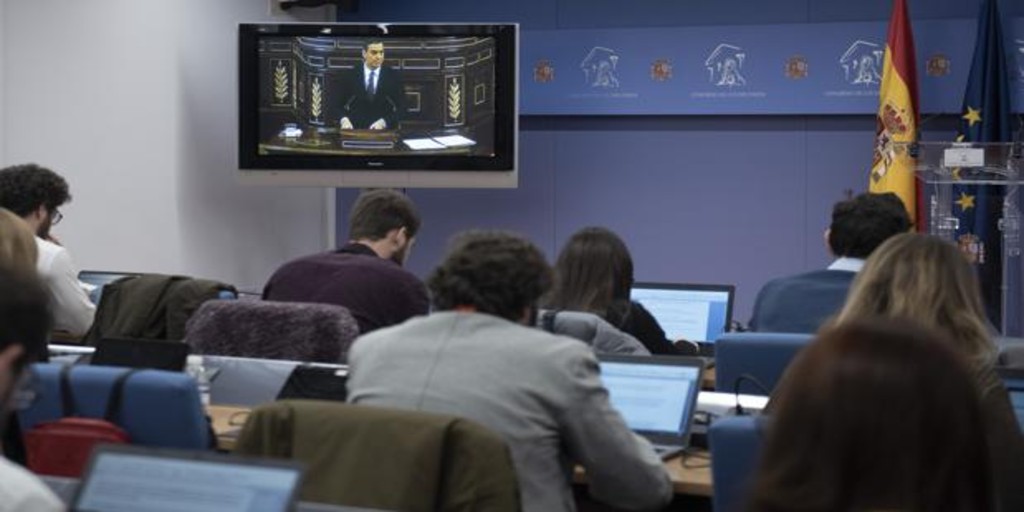 No light or stenographers

Pedro Sánchez gives the feeling, and every day more, of having imported the worst uses and customs of the banana countries where he looks every morning to adjust his government action. Not in vain, in the back room of La Moncloa, someone known in the world of advertising and communication services, deeply knowledgeable in habits and freedoms in Havana, rocks. And in the meantime, the rest of us are adding curious experiences… and swallowing. From the Sunday Philippines during the pandemic to the press conferences without questions. Sánchez has long since crossed the rubicon of what is tolerable in a democracy until reaching the media calls prohibited for all those who he considers can put in

embarrassed to lie, bring the truth to light and contravene the word of an Executive who has definitively broken the few rules of freedom of information. «They bark, then we ride», a wise phrase from anyone, for many from oral, popular tradition, taken by Cervantes or Goethe indistinctly, in short, it does not matter who the author is but what it means. By dint of lying – «we have come out stronger»; “I would never agree with the heirs of ETA”; “I would not sleep at night thinking of having Pablo Iglesias in the Government” -, Sánchez and his people continued to not let others speak and now they do not even allow them to listen. We are facing a management without electricity or stenographers, a continuation of the parliamentary bolt that hit in the middle of the pandemic, and a sick aversion to giving explanations knowing that everything they do does not have a pass. Thus, while the applauding media ask for lights to put an end to the shadows of a gloomy invented enemy, the applauded imposes the cave and obscurantism so as not to face the undoubtedly uncomfortable task of how he administers the management of a country that is as big as the straitjacket with which they want to cover Freedom of expression.

Today it’s ABC, Colpisa, Cope, El Mundo, La Razón, Libertad Digital, Onda Cero and Servimedia… and the day after tomorrow it will be you. Don’t be in doubt. This is the way the social communist coalition avoids giving answers: simply by prohibiting questions. This is the way in which Sánchez cauterizes with the red-hot iron of censorship the hemorrhage of credibility that bleeds him every day. This is how it rips out the pages of pluralism and transparency and throws Europe’s credibility and pride in facing the times in search of the truth into the mincer. They don’t believe in free speech because they don’t believe in anything at all. You can say it out loud now that there’s still time.

Seeing that a lie cannot be turned into truth no matter how many times it is repeated, that it is already hard for people to swallow the trolls, they have decided to silence the truth so that only hoaxes resonate. Then the buddies will take care of turning fake news into official lies.