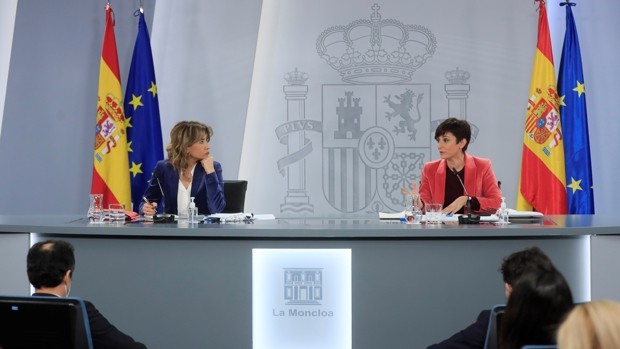 The latest news today, in the best headlines of the day that ABC makes available to all users. All the news of Thursday, January 20 with a complete summary that you cannot miss:

The Federation of Associations of Journalists of Spain (FAPE), the Madrid Press Association (APM) and Reporters Without Borders Spain (RSF-Spain) demand explanations from the government
after the veto of several media outlets with an editorial line critical of the Executive, who were not invited to an informative briefing on the European recovery funds for the coronavirus.

Another case of vaccination against the coronavirus little boy at school without parental consent in the province of Valencia.

It has happened in Aldaia and the outcome could have had worse consequences, because the student suffers cardiovascular problems and his pediatrician had expressly prescribed that he not be injected with the drug.

The Criminal Court number 3 of Valladolid has convicted two residents of Villalón de Campos for a hate crime, Montserrat G.M. y Antonia M.G, that in October 2020 they addressed a man with insulting expressions because of his homosexuality and even the first one came to shout that he should be locked up in an asylum for that reason.

The Bishop of Tenerife, Bernardo Álvarez, has linked homosexuality with a mortal sin and he has compared it to people who drink alcohol and “when they do anything foolish” they justify themselves by saying that they have been drinking.

The car that took the Spanish ‘Pablo Escobar’ out of jail: “The judge did not provide the essential information for his defense”

The judge in the case of the ‘Limonero’, known as the ‘Pablo Escobar’ of heroin in Spain, did not provide his lawyer with the essential and necessary information and elements to be able to challenge the provisional detention of Francisco HG, considered the largest importer of that drug by the National Police.

Coronavirus Valencia today: a child with heart problems is vaccinated without his parents’ permission

The Parliament of Catalonia has approved this Wednesday a resolution that urges to avoid “as a general criterion” the participation of the Mossos d’Esquadra riot police in the evictions of vulnerable people. A proposal of the commons in the Interior commission, which has had the votes in favor of Junts and ERC -parties that make up the Government-, the abstention of the CUP, and the rejection of Vox, Cs and PP.