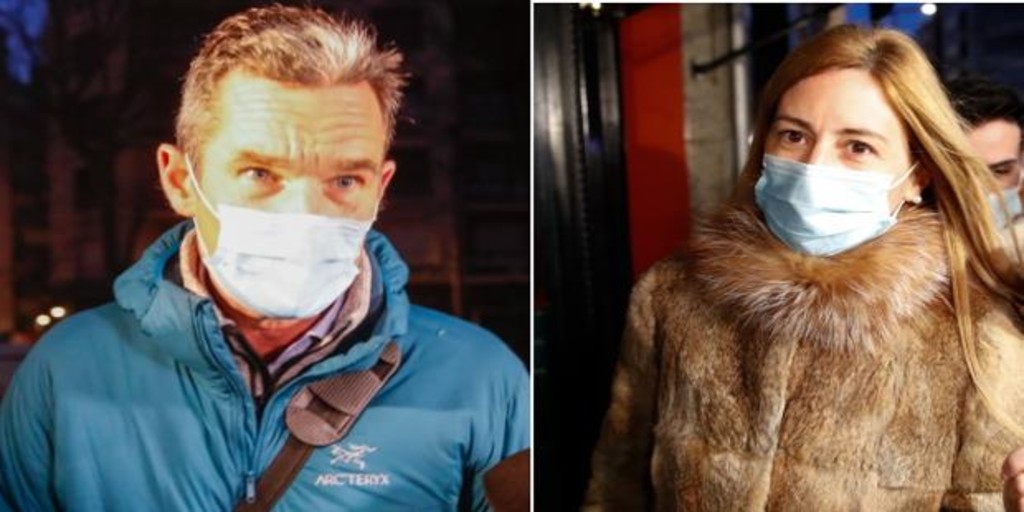 Iñaki Urdangarin: «These things happen and we are going to manage it in the best possible way»

After the photographs published by the magazine ‘Lectures’ of Iñaki Urdangarin walking along the beach with a woman, whose name would later be known, Ainhoa ​​Armentia, a colleague from the law firm where the former Duke of Palma works, this morning, early in the morning, the protagonist went to his workplace by bicycle. Surrounded by journalists, the still husband of the Infanta Cristina replied calmly “These things happen and we are going to manage it in the best possible way.” For her part, Ainhoa ​​Armentia, a partner at the Imaz & Asociados law firm, did not want to make any statements.

The former Duke of Palma has been working as a consultant in that office for months as part of the conditions to take advantage of the third degree and achieve a state of semi-liberty after having been sentenced to five years and ten months in prison for his imputation in the case Noos.

As ABC has learned, Ainhoa ​​Armentia is married with two children, 17 and 13 years old, and apparently her husband found out this Wednesday about the relationship after seeing the magazine ‘Readings’ published. The couple had been in crisis for several months and their separation process is underway. He works in production at the German car brand Mercedes. As close sources assure, the relationship had begun to tighten since last September. Until then, both Armentia and Urdangarin used to eat together in the office and on a central terrace in Vitoria.

The former Duke of Palma believes he has suffered a betrayal by the security escorts because, although until now it was thought that he did not have one, it is true that during his stay in Spain, reliable sources assure that he does have a team of security. Born in Vitoria and 43 years old, Armentia is an accounting analyst specializing in advising, managing and presenting tax models. He joined the Imaz & Asociados law firm in 2019 and was actively looking for work, as evidenced by his open profile on Infojobs. She describes herself as a woman with “the ability to face challenging and overcoming situations” (which she will need to withstand public pressure) and with a “high capacity for relationships, work and enthusiasm”, in addition to being an “entrepreneurial, versatile and decisive”.