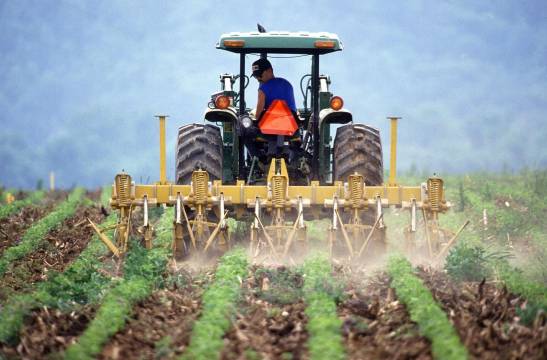 Human action alters the balance of nitrogen and phosphorus, essential elements for life

Magazine Science publishes today a perspective article by researchers at the Center for Ecological Research and Forestry Applications, Josep Penuelas and Jordi Sardans regarding the imbalance of nutrients in the soil, its effects on life and possible solutions. The writing is based on data from recent studies by both specialists, and presents the state of the issue and its scope to the international scientific community. In addition, propose alternatives and solutions aimed at people with political decision-making power.

According to Peñuelas and Sardans, ecosystems and species are at risk due to global nutrient imbalance that we human beings are causing and that alters the proportion of nitrogen and phosphorus in the earth and in the waters, two elements that are essential for life. Both nitrogen and phosphorus affect the growth rate of microorganisms, plants, and animals.

Ecosystems and species are at risk due to global nutrient imbalance

Plant species need CO2 to carry out photosynthesis and nutrients to create their structures, among which the proportion of nitrogen and phosphorus is key. In addition, for optimal growth, adequate amounts and proportions of nitrogen and phosphorus are required. However, in recent decades, humans we have enriched the biosphere with nitrogen through excessive fertilization and, therefore, we have modified its relationship with phosphorus.

Among the possible alternatives, experts recommend increasing the efficiency in the use and cycle of nitrogen and phosphorus thanks to the precision farming, which avoids applying fertilizers disproportionately. They also advocate applying methods, both management and innovative biotechnology, which enhance the efficiency of plants by capturing nutrients and benefiting from phosphorus sources. Other necessary policies pointed out by Peñuelas and Sardans are stimulate phosphorus recycling through regulations, subsidies or laws of national and regional scope, as well as reduce livestock production. These types of solutions are in the initial phase of application.

Among the possible alternatives, experts recommend increasing the efficiency in the use and cycling of nitrogen and phosphorus thanks to precision agriculture

Humans are over-fertilizing the biosphere with nitrogen through nitrogen oxides emitted from burning fossil fuels. By planting nitrogen-fixing crops, and by using enriched fertilizers that also seep into watercourses. Despite the fact that there are also human activities that have increased the amount of phosphorus in soils and waters –for example, applying fertilizers and detergents rich in this element–, the global increase in the presence of phosphorus in the soil is still less than that of nitrogen.

In fact, they are two synergistic problems. On the one hand, the presence of nutrients in the soil has increased disproportionately, and on the other, the balance between nitrogen and phosphorus has been altered. When the medium contains too many nutrients, it becomes eutrophic: the increase in nutritive substances in fresh water causes algae and phytoplankton to grow uncontrollably, until the ecosystem collapses. For this reason, some countries have promoted water treatment strategies aimed at reducing the concentration of both chemical compounds. However, the technology used by water treatment plants retains more phosphorous than nitrogen, further promoting an imbalance between the two nutrients.

A stability in question

The global imbalance between nitrogen and phosphorus may be even greater at local and regional level, since the contributions of both compounds are not evenly distributed throughout the world. Also, because they have a very different capacity to affect the environment: phosphorus, for example, is less soluble in water and does not volatilize, it is often adsorbed and precipitates in the soil in mineral form, and remains buried in the sediments. Therefore, it tends to stay close to its emission source. In contrast, nitrogen is much more soluble in water and much more volatile, which makes it easier for it to disperse over a greater radius from its emission source.

The biological impacts of the growing imbalance between the two nutrients have been observed in continental water masses, in the structure and function of the communities of living beings in the soil.

The biological impacts of the growing imbalance between the two nutrients have been observed in inland water masses, in the structure and function of communities of living beings in the soil, as well as in the species composition of plant communities. The lack of stability will have an increasing impact, as the imbalance continues to tilt in the same direction.

The food safety and the agricultural production They are the ones most affected by this lack of balance, which has a direct impact on natural ecosystems and people. Nitrogen-containing fertilizers have an unlimited source – the atmosphere – from which this nutrient can be extracted via the Haber-Bösh reaction. This innovation has allowed its production to increase continuously, as well as its use as a fertilizer since the 1950s. However, the sources of phosphorus have been largely limited to mines and are concentrated in very few countries, such as Morocco example.

In this sense, phosphorus could become economically unaffordable for low-income, food-deficit countries, as these sources become depleted or geopolitically and economically unavailable. In the future, phosphorus-producing countries are likely to manage their reserves to maximize profits for their domestic mining and agricultural industries, making phosphorus-based fertilizers increasingly unaffordable for farmers in poorer countries and aggravating, even more, the imbalance between the two nutrients in the regions where the problem is more pronounced. It would be a crisis that would further aggravate the economic gap between rich and poor countries.

The lack of balance between these two elements in the soil modifies the chemical composition of crops and can affect the health of people who consume products grown on these lands and, therefore, a public health problem. For example, in regions where there is excessive use of inorganic and organic phosphorus fertilizers, phosphorus accumulates in soils and in water bodies.

Food produced in these environments can cause local people to overconsume phosphorus, which can have negative implications for their health. Nutrient imbalance is also known to affect infectious and non-infectious human diseases that are strongly associated with diet, such as celiac disease. CREAF researchers already warned in 2021 that the excessive fertilization of wheat crops with nitrogen could explain the high prevalence of celiac disease.

Finally, the CREAF researchers point out that when the relationship between nitrogen and phosphorus is destabilized, human activities also generate imbalances between other elements. For example, changes in the ratio of carbon to nitrogen, relative to iron, zinc, calcium and potassium, among others, have been observed in plant tissues.